The story about the ballet

Carmen Suite was first staged in Moscow in 1967 by the Cuban choreographer Alberto Alonso for Maya Plisetskaya, at her own request and at his own desire. The music for the ballet is a transcription by Rodion Shchedrin of Georges Bizet’s grand opera.

At that time there was no talk of foreign choreographers, though a politically-motivated exception was made for the Cuban – following the Cuban Missile Crisis things were different. But those who allowed it could not have imagined what they were getting involved in. the ballet was intense in utterly impermissible passion, true eroticism and the equally impermissible – and so intoxicating! – idea of freedom that was so clearly expressed in it that it could never be shown in any Soviet theatre. But it happened – for the same purely political reasons. The final decision was preceded by a battle between two women. “You are a traitor of classical ballet!” exclaimed the Minister of Culture Yekaterina Alexeyevna Furtseva with pathos, “Your Carmen will die!”; “As long as I live Carmen will not die,” replied – with just as much pathos – Maya Plisetskaya. She is one of the best interpretator of the Carmen and became a symbol of this ballet. Next generation always struggle for a new born Carmen image.

At the heart of the ballet lies the tragic destiny of Carmen the gypsy girl and José the soldier who falls in love with her, though Carmen abandons him in favour of the young Torero. The relationships between the protagonists and Carmen’s death at José’s hands is predestined by Fate. Thus the story of Carmen (in comparison with the literary source and Bizet’s opera) is presented symbolically, which is reinforced by the unity of the setting of the plot (an arena which hosts a bullfight). Violetta Mainietse 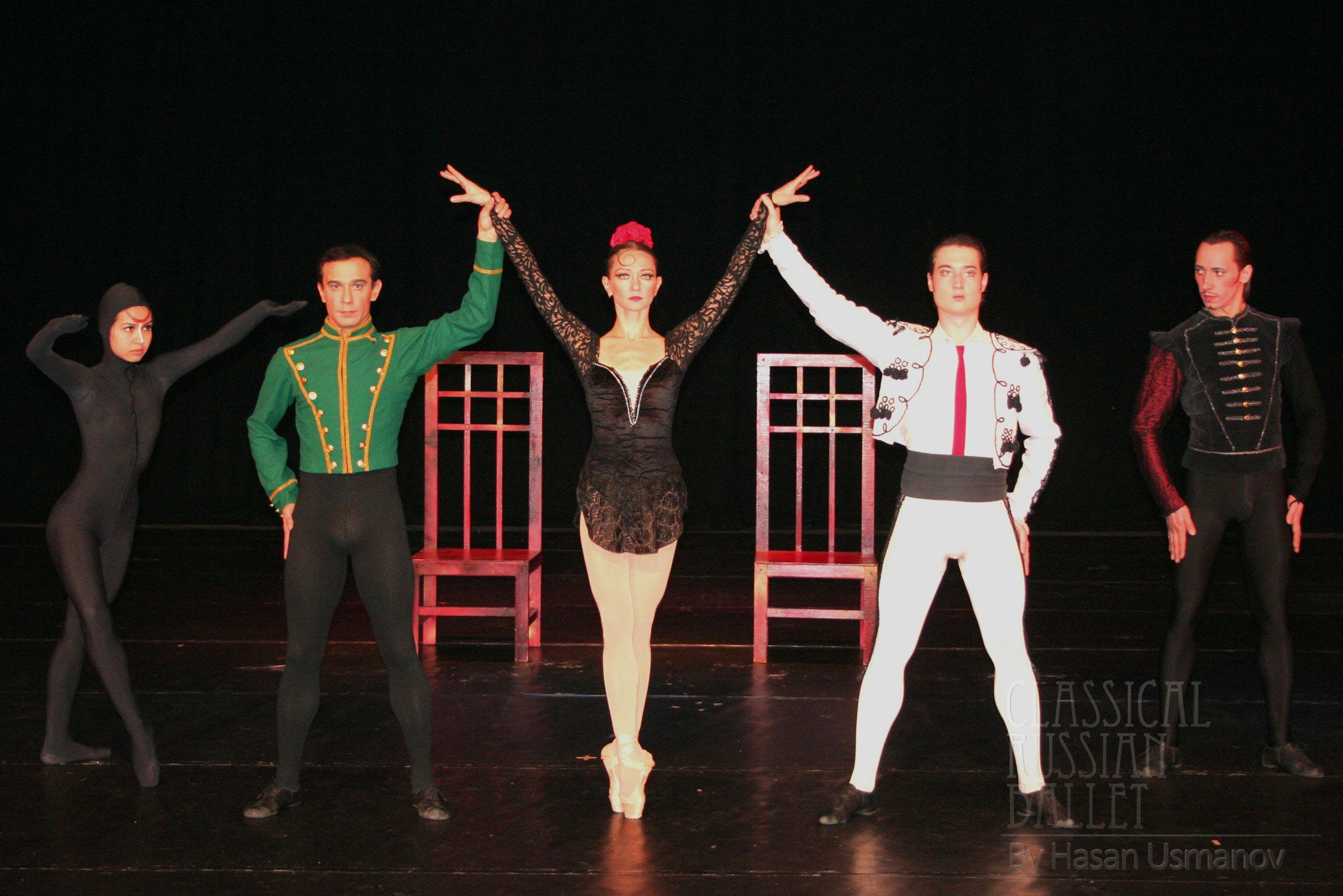 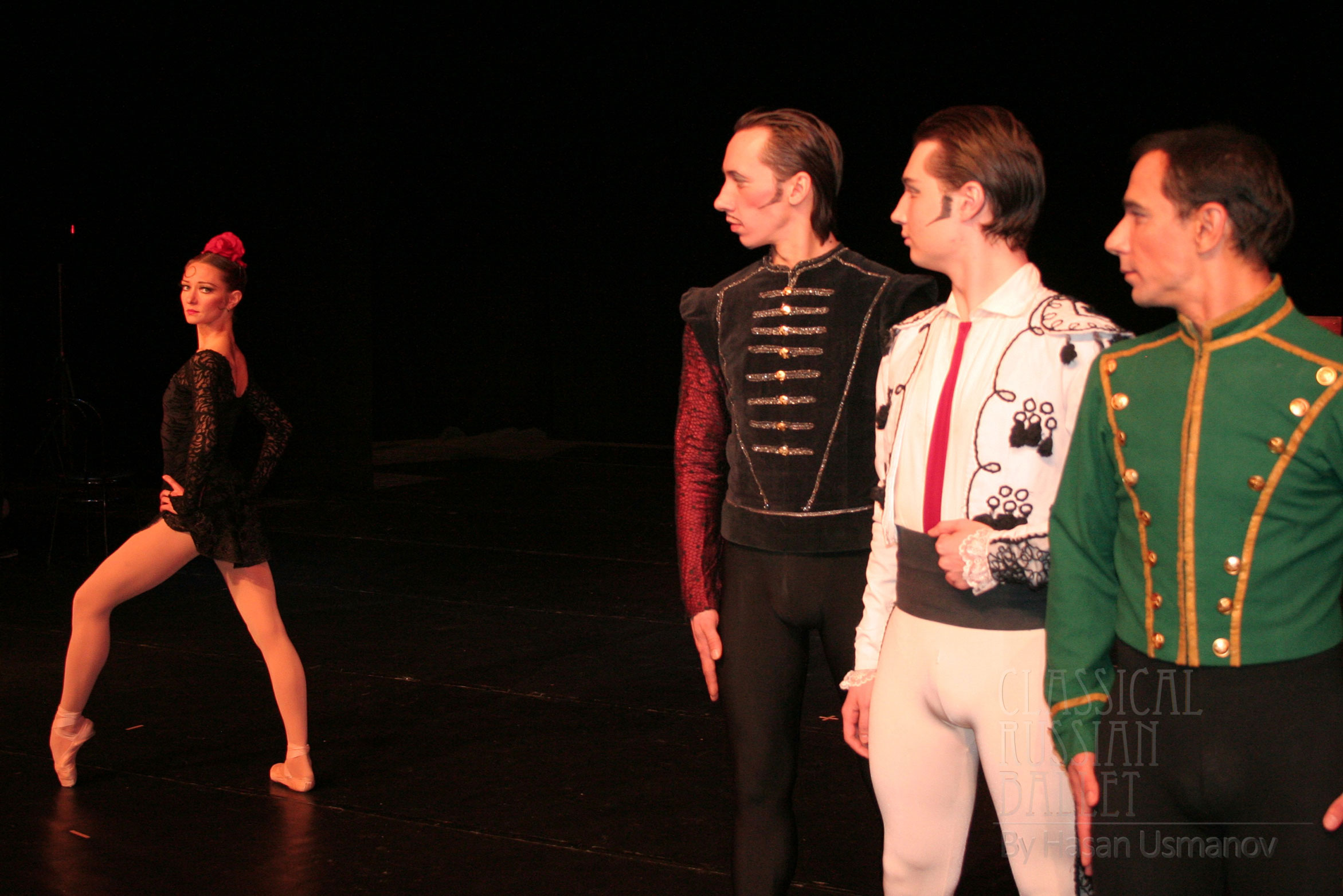 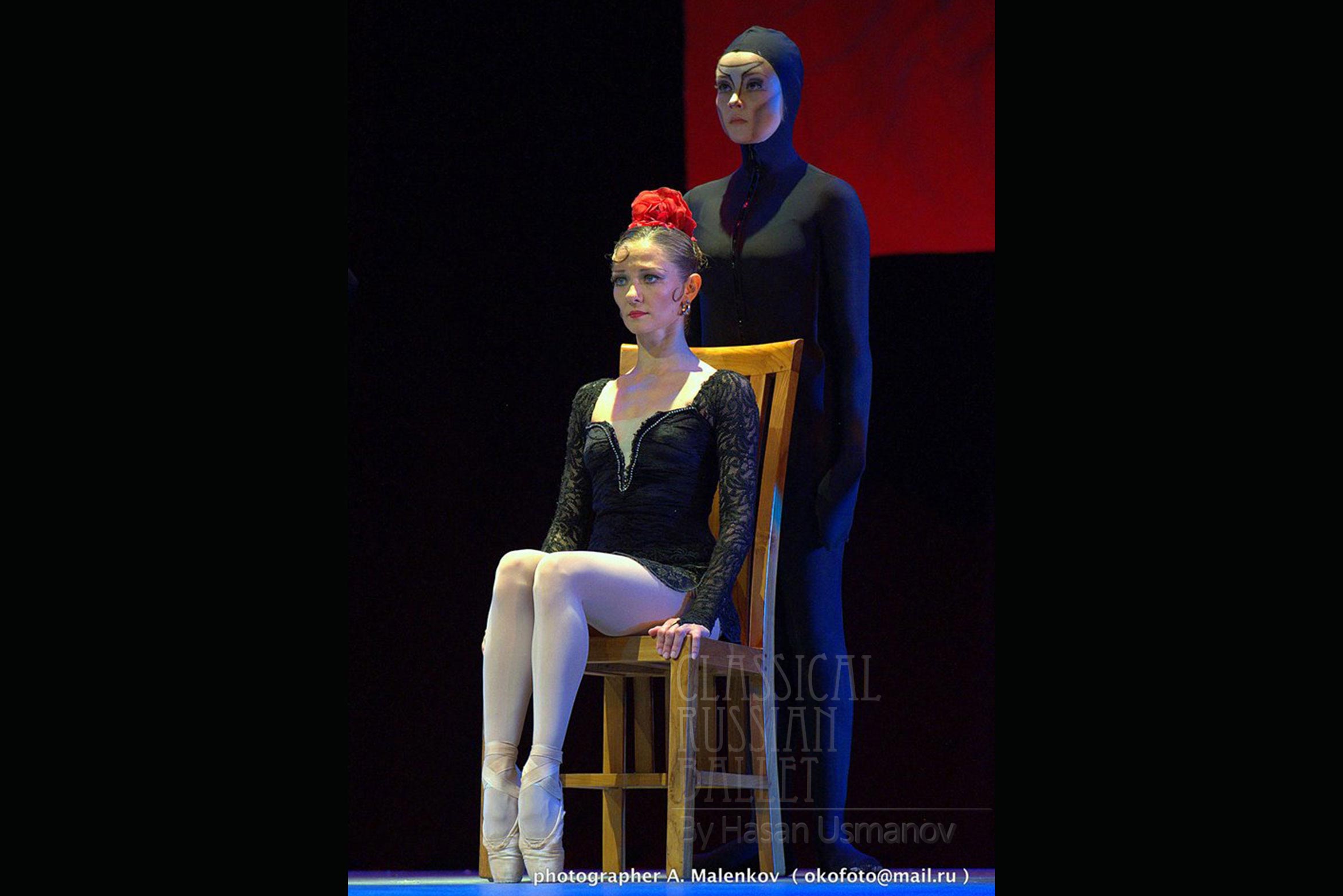 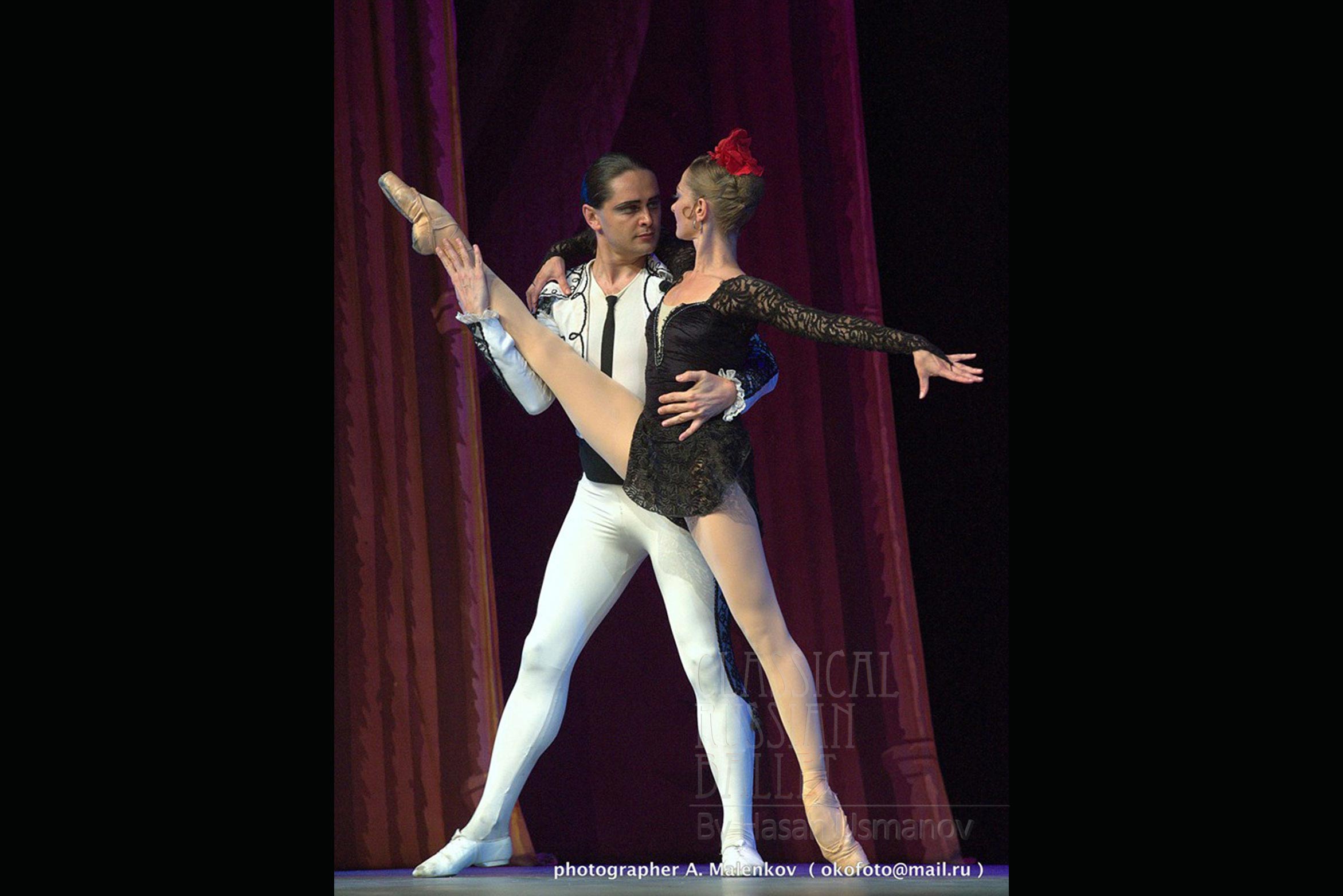