Having read some tales of chivalry, Don Quixote decides to set out in search of adventures. It occurs to him to make his servant Sancho Panza his armour-bearer.

In Barcelona there is festive anima¬tion in the air. Kitri, daughter of the innkeeper, is flirting with Basilio, the barber, who is in love with her. Finding them together Lorenzo, Kitri’s father, chases Basilio away: the barber is no fit match for his daughter. Lorenzo intends Kitri to marry Gamache, a rich noble¬man. Kitri refuses outright to submit to her father’s will.

Seeing Kitri, Don Quixote thinks she is the beautiful Dulcinea whom he has seen in his dreams and chosen as ‘the lady of his heart’. But Kitri disappears. She has run off with Basilio. Lorenzo, Gamache and Don Quixote set out to look for her.

Kitri and Basilio are hiding in a tavern, but Lorenzo overtakes the lovers. He wishes to make an immediate announce¬ment of the betrothal of Kitri and Gamache. Basil plays the suicide scene. Kitri begs Don Quixote to persuade his father to fulfill Basil’s death request – to give their love his blessing. Lorenzo blesses the lovers. The very next instant, Basilio jumps to his feet.

The Duke’s castle. Having heard from Sancho Panza the happy story of Kitri and Basilio’s love, the Duke and Duchess have kindly agreed to allow them to hold their wedding in the castle. Don Quixote is the guest of honour. Wishing the newly-weds every happiness, the knight-errant departs in search of new adventures. 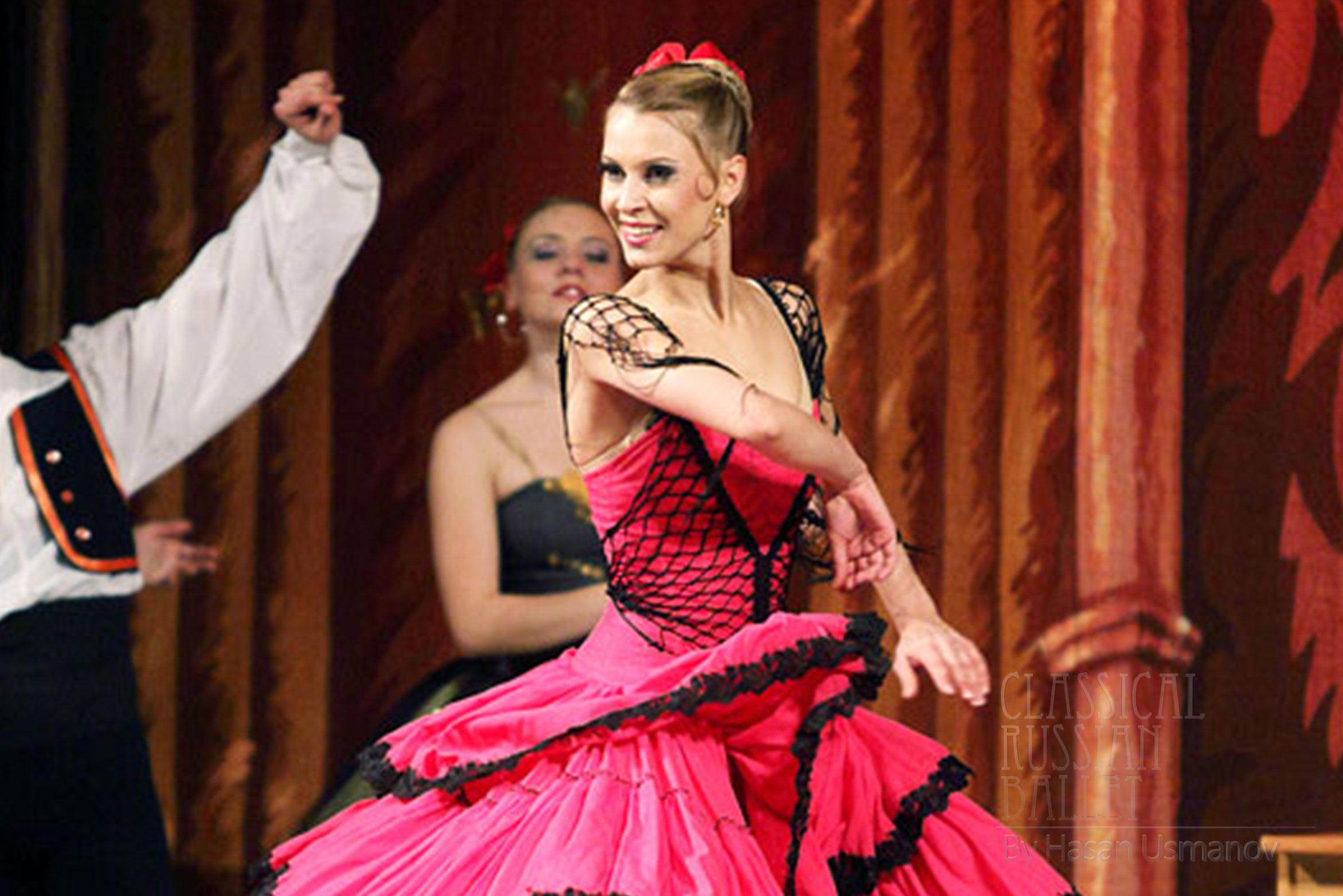 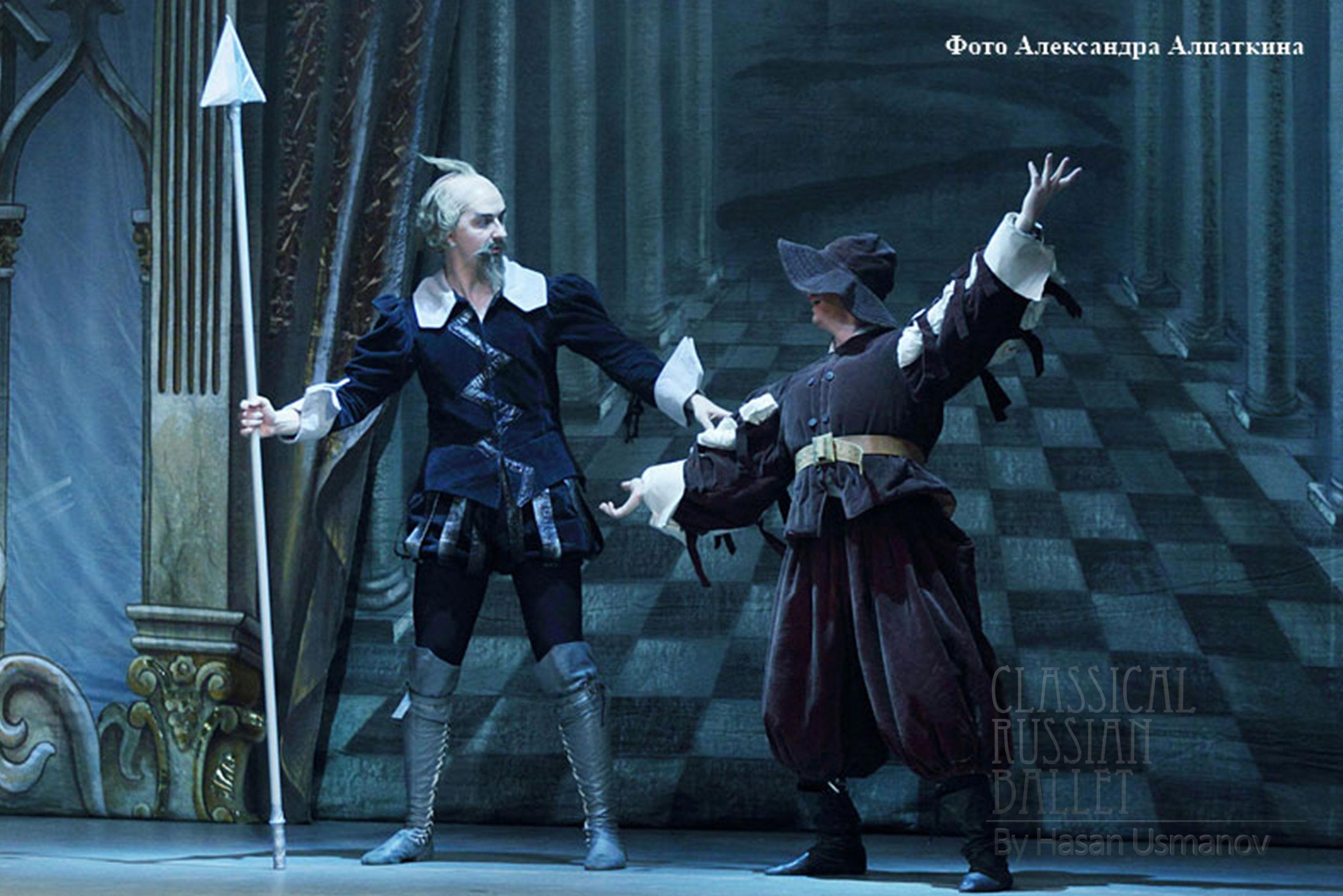 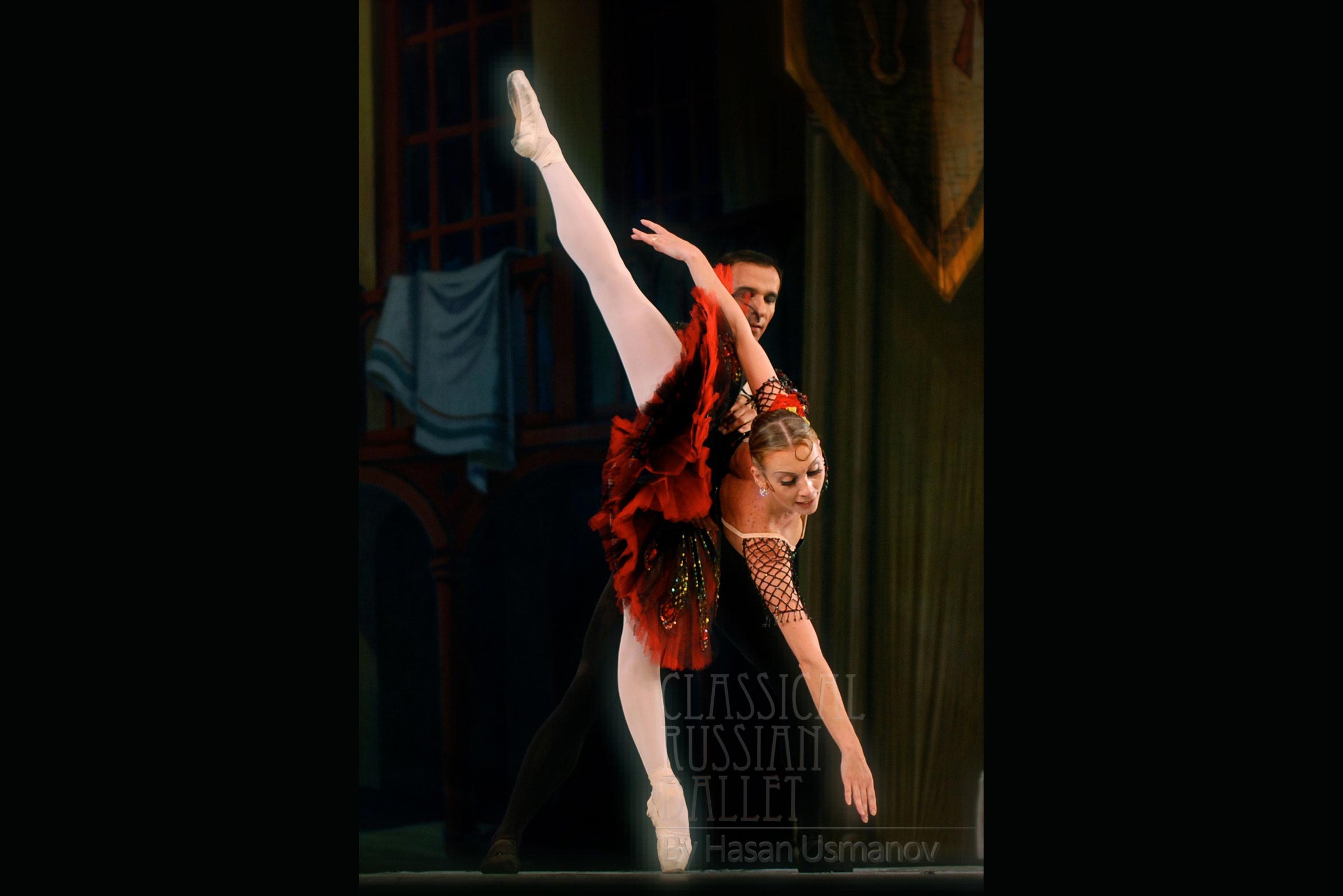 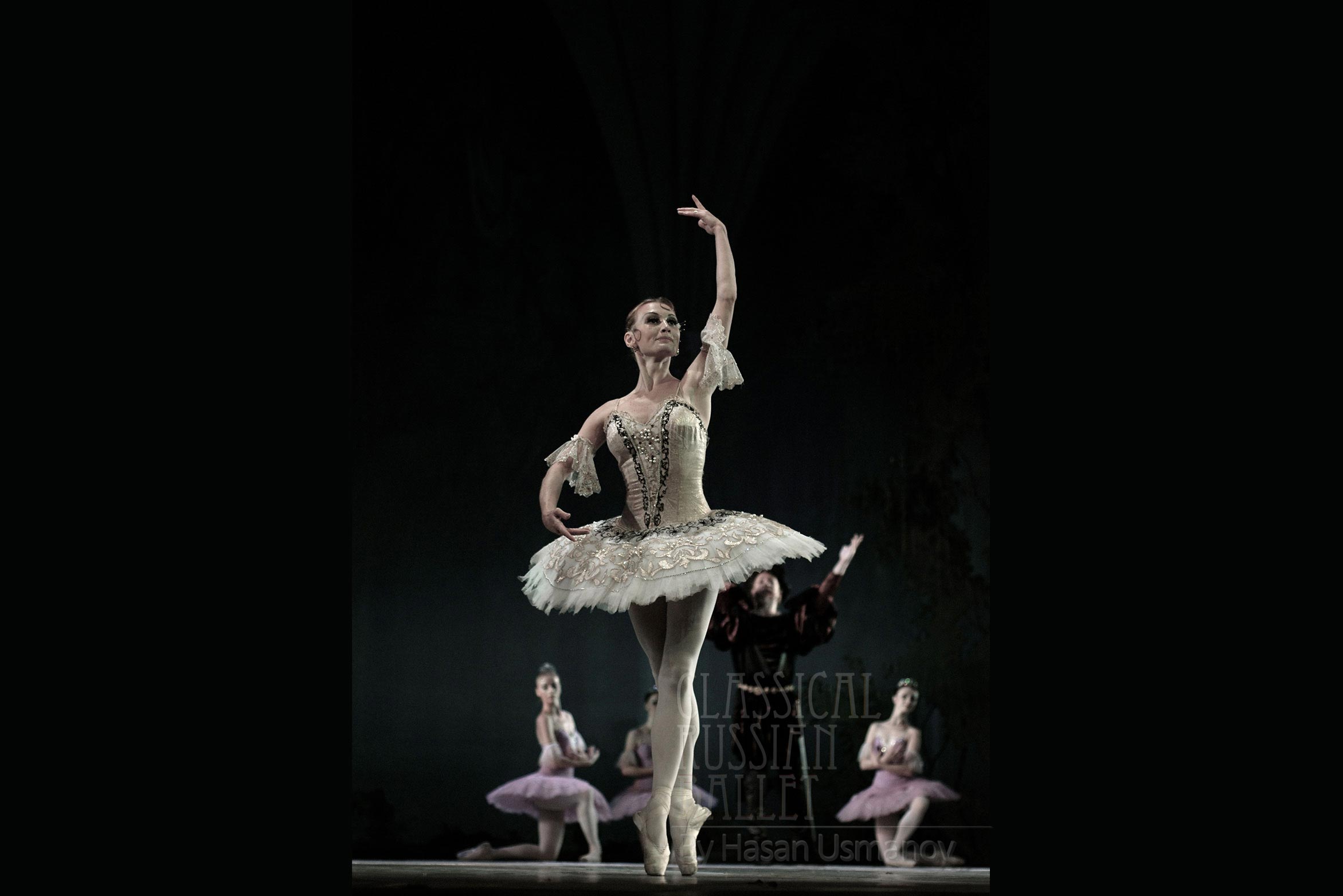 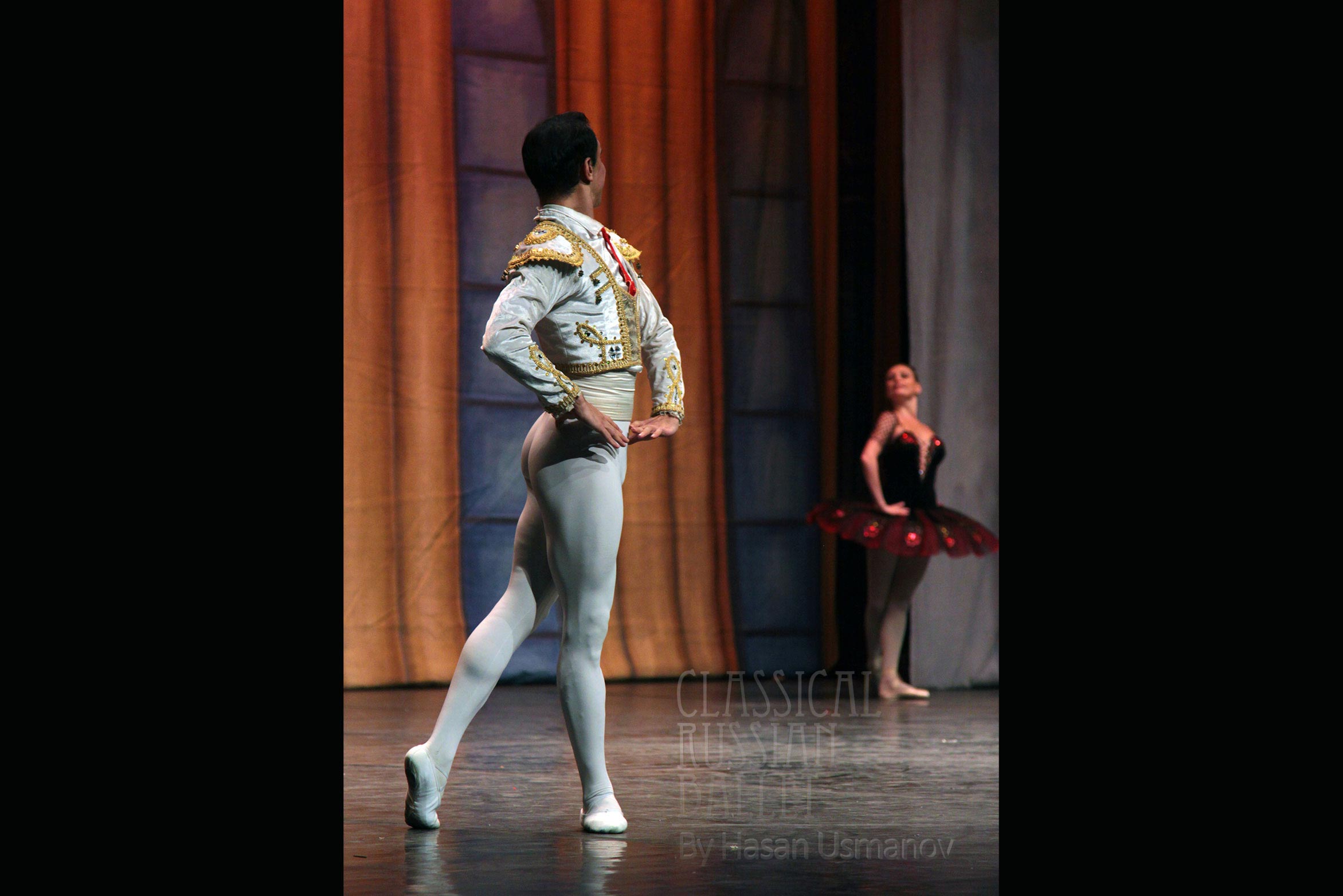 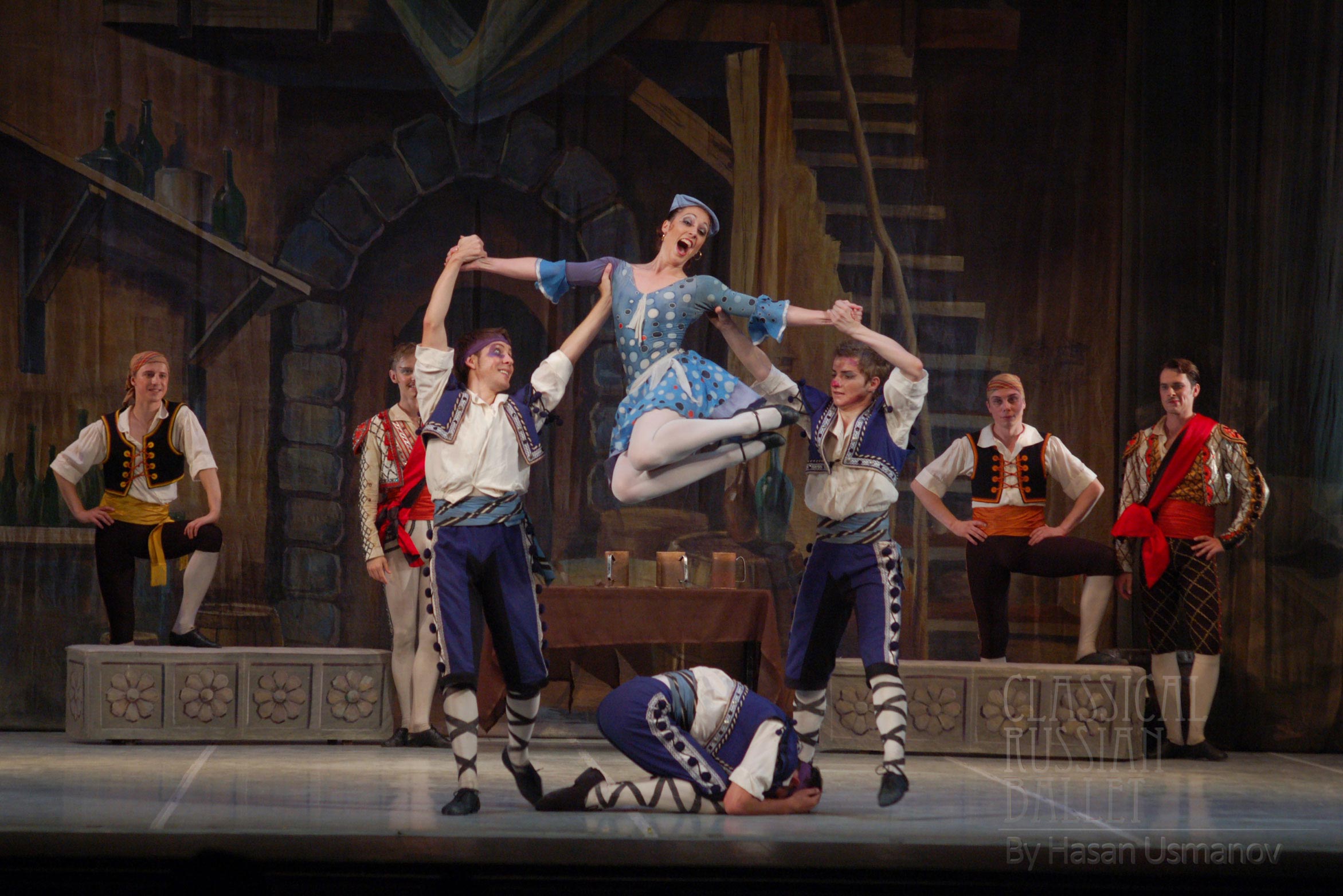