Sleeping Beauty is a story of Prince Aurora who was spelled by evil Carabosse Fairy to die from a prick of a spindle on her birthday. The Lilak Fairy softened the curse and the girl felt asleep for a hundred years in the enchanted castle until she was awoken by a kiss of a young and handsome Prince. The ballet ends in is an apotheosis of harmony, love and beauty.

In the palace of King Florestan XIV the birth of his daughter, Princess Aurora, is being celebrated. Master of Ceremonies Catalabutte is checking the invitation list. The Lilac Fairy and Good Fairies appear among the courtiers and the guests coming to congratulate the Princess. They bring the newborn infant gifts, endowing her with the finest human attributes. Suddenly, a great noise is heard. The evil and powerful Carabosse Fairy drives into the ballroom. They forgot to invite her to the birth celebration. An irate Carabosse predicts that Aurora will die young from pricking her finger with a knitting spindle. But the Lilac Fairy intervenes: she predicts that the forces of good will neutralize the sinister spell. With a peremptory gesture, she forces Carabosse to leave the palace.

It is Princess Aurora’s sixteenth birthday. Four foreign princes have come to ask for her hand. At the height of the festivities, an old woman with a bouquet of flowers at the Princess’s side. Trustful Aurora takes it and continues to dance. Suddenly, she stops dancing and looks with horror at her finger which she has accidentally pricked with the spindle inside the bouquet. Overcome by deadly cold, Aurora falls to the ground. The unknown old woman throws off her hood — it is the Carabosse Fairy! But the Lilac Fairy appears on the scene — she has the power to mitigate the evil spell. Aurora is not dead — she has fallen asleep. She will be brought back to life by the passionate kiss of a handsome Prince. The Lilac Fairy plunges the whole kingdom into a deep sleep.

Gloom and desolation reign in the sleeping kingdom. It is guarded by the evil Carabosse Fairy. The Lilac Fairy and Prince Désiré rapidly approach the castle. The wicked old woman and her suite try to conceal Aurora but, in vain — the Prince catches sight of the sleeping beauty. Completely won over by her charm, the Prince tenderly kisses the Princess — and the evil spell is broken! Carabosse and her suite vanish. Aurora wakes up and the royal kingdom comes to life too. As soon as the Princess sets eyes on her deliverer, love is born in her heart. Désiré asks the King and Queen for their daughter’s hand in marriage.

Fairy-tale characters have come to Aurora and Désiré’s wedding: Princess Florine and Blue Bird, The White Cat and Puss in Boots, Little Red Riding Hood and The Gray Wolf. The Prince and Princess dance in a harmonious and solemn duet. The Lilac Fairy and her suite bless the happy couple. 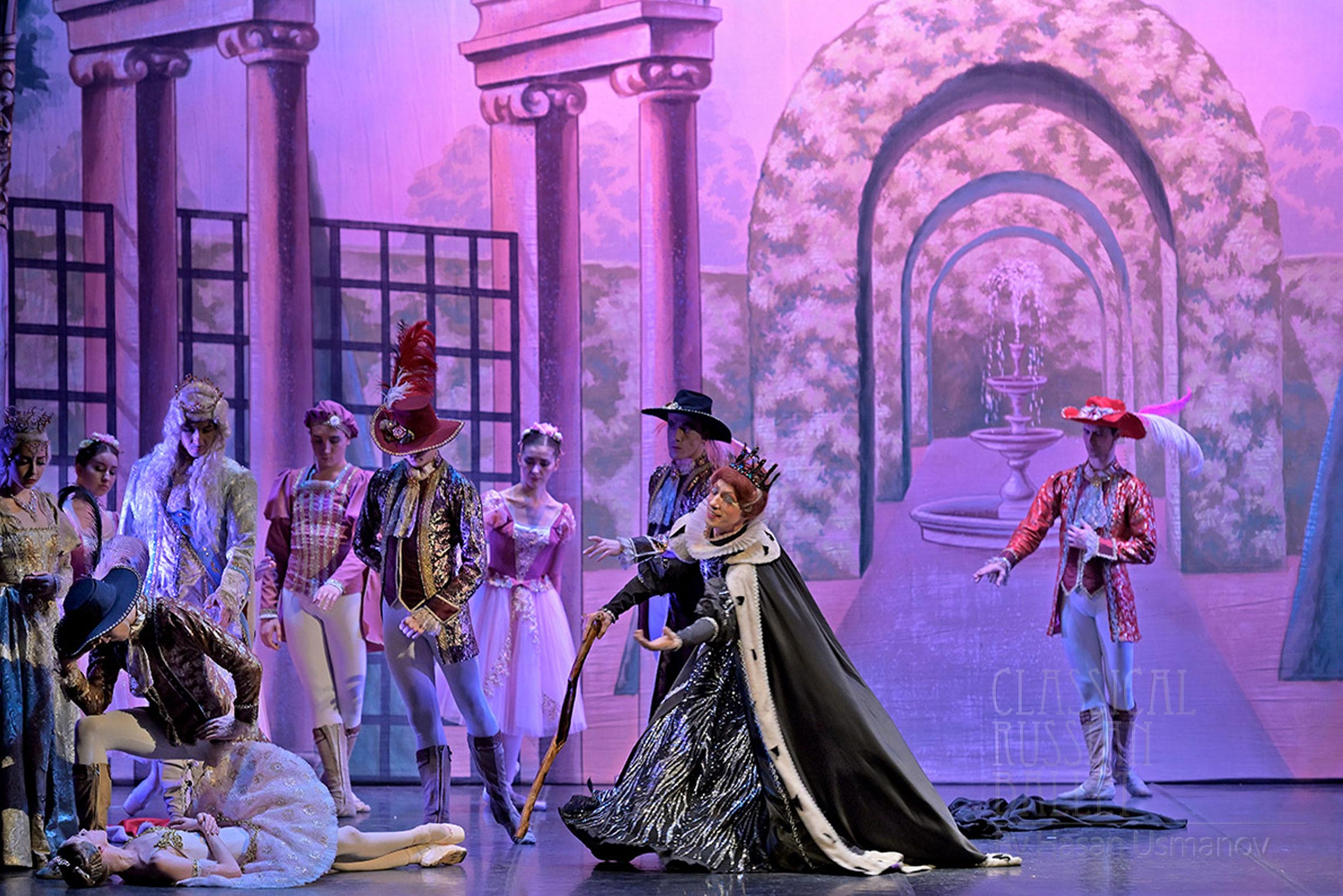 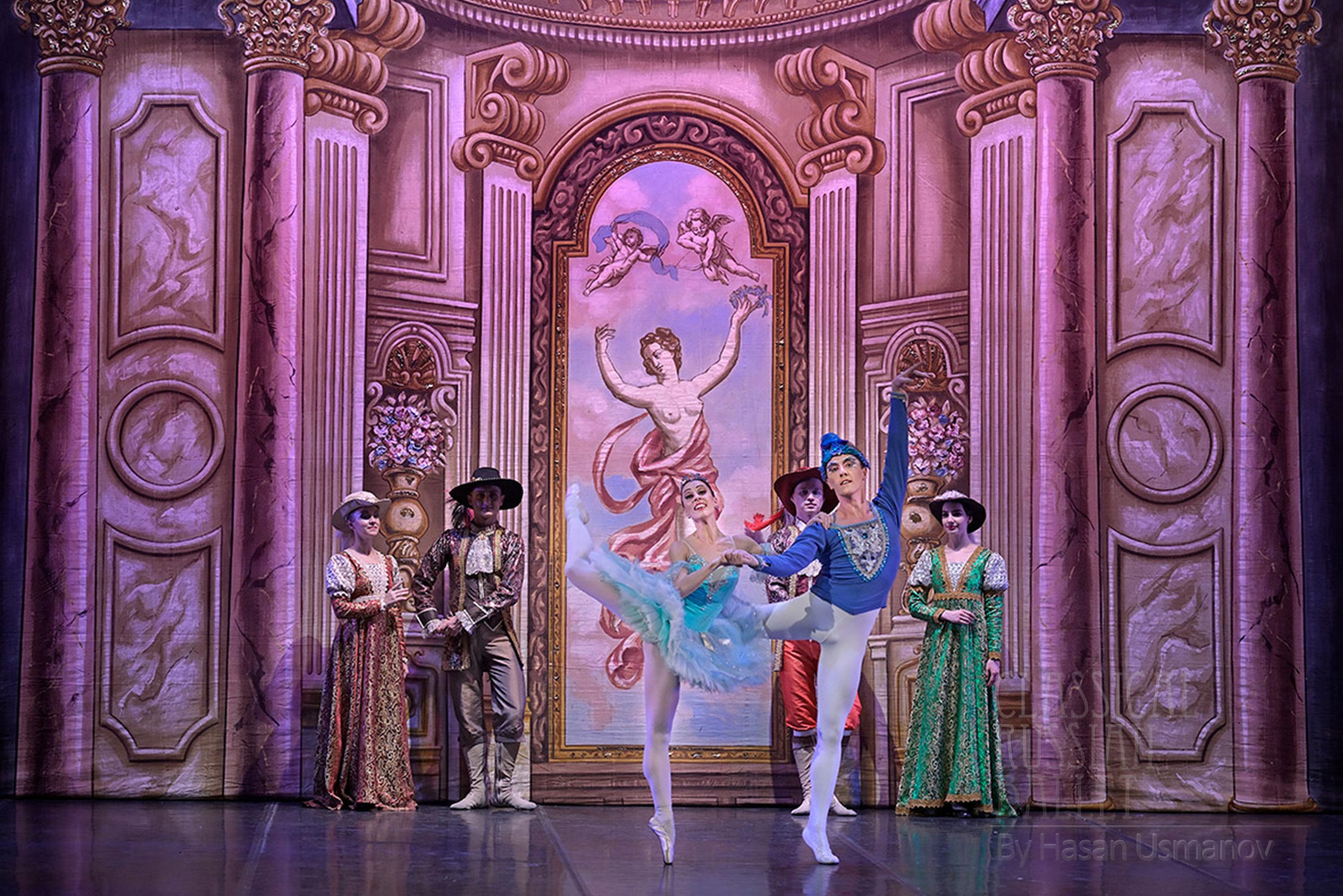 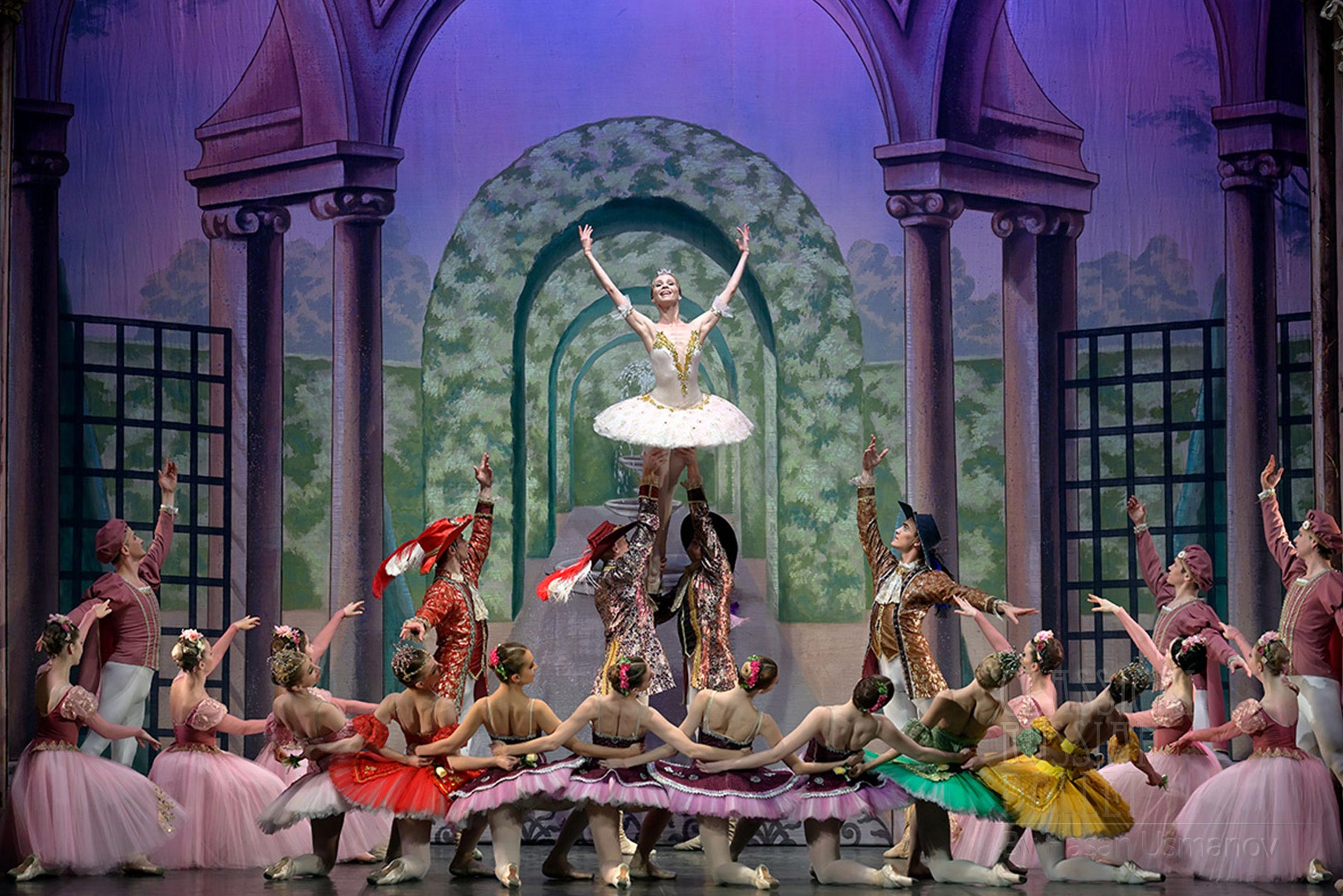 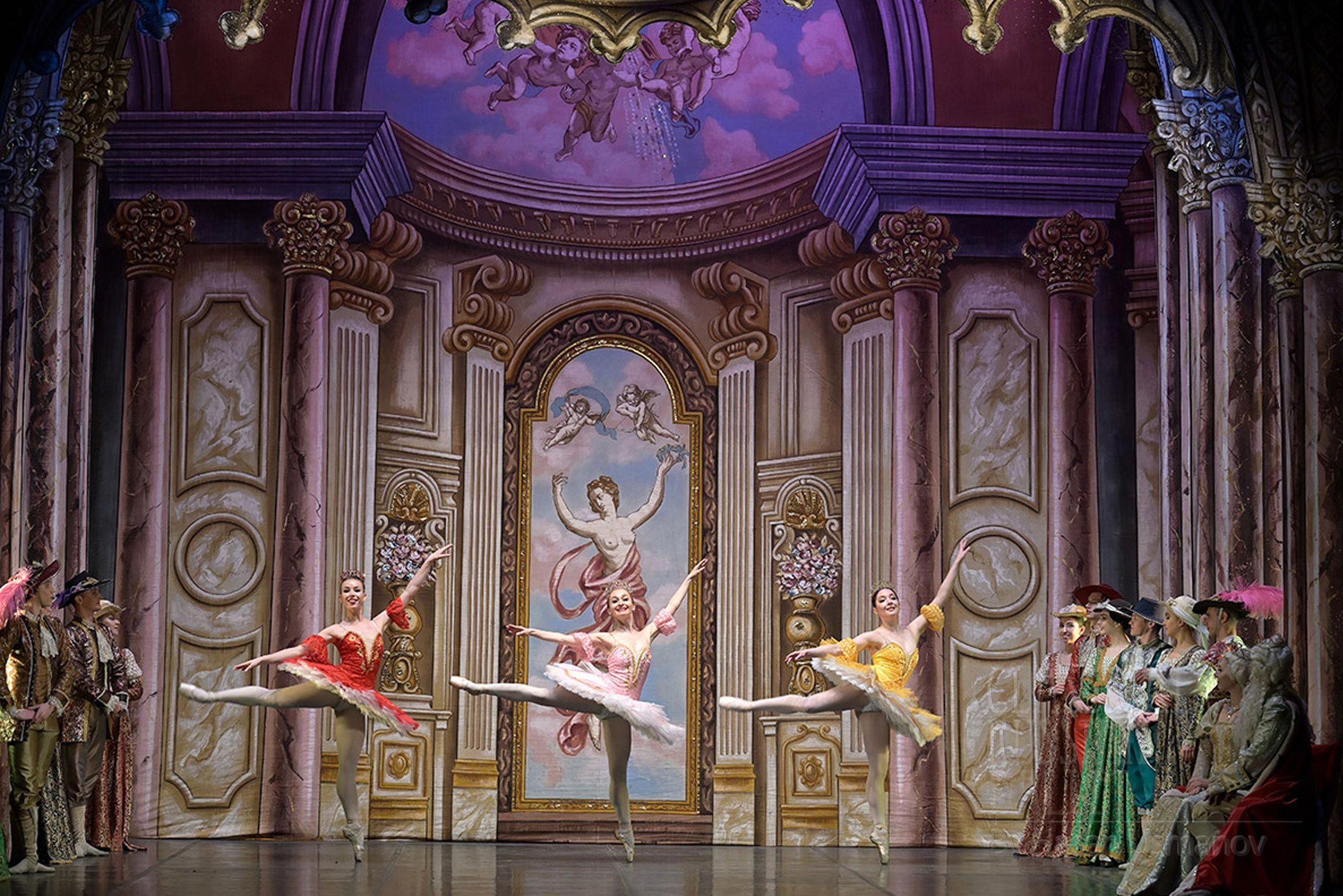 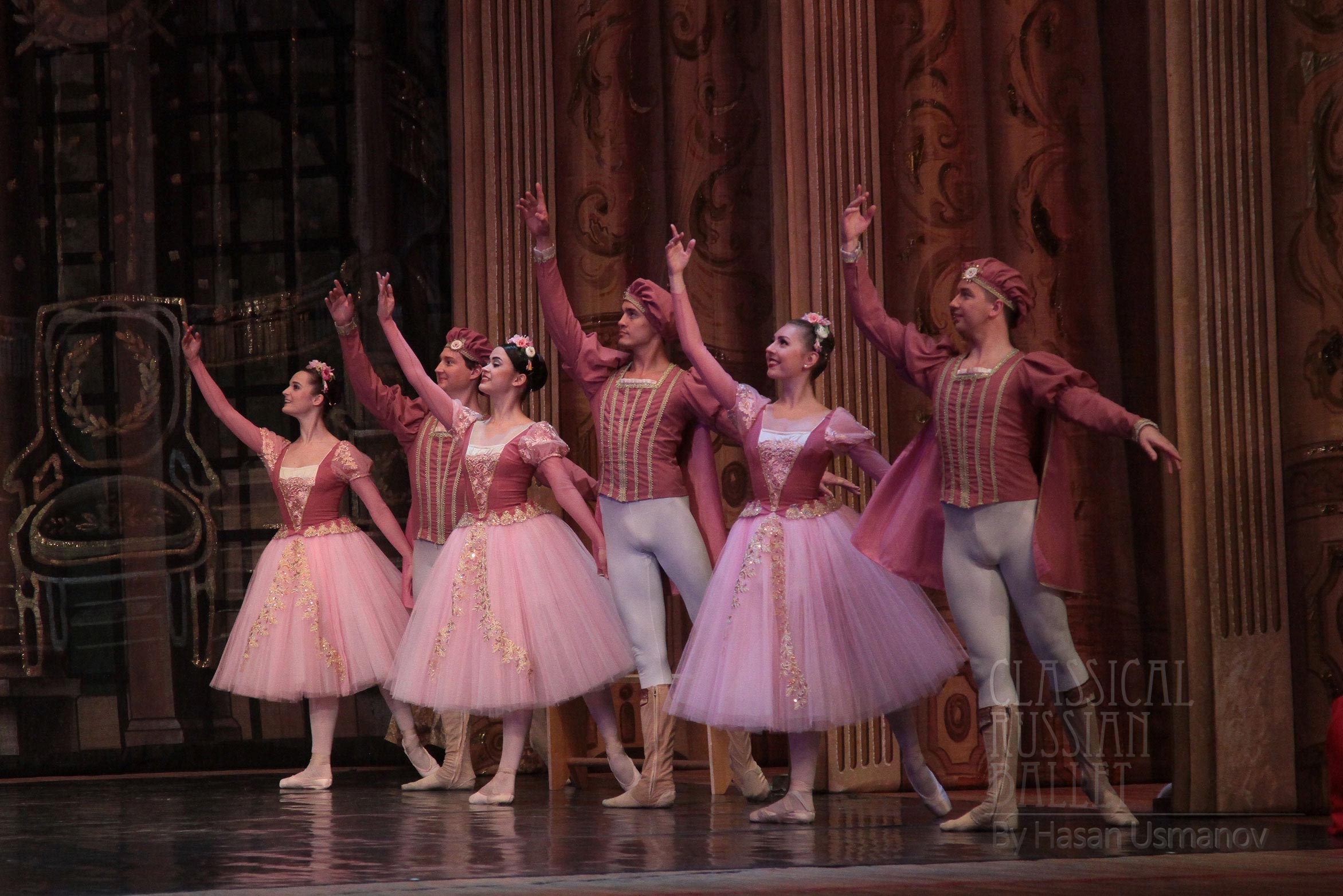 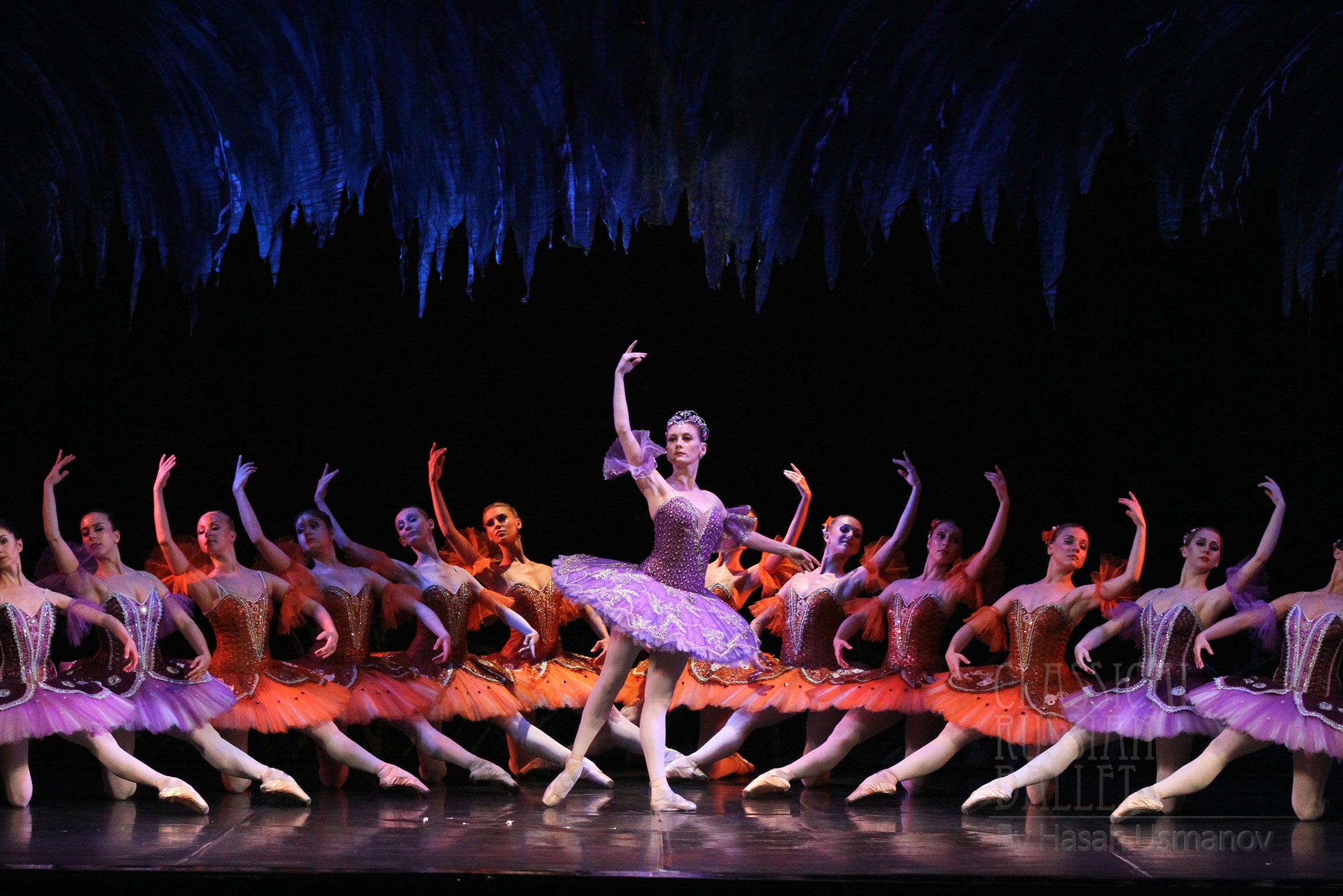 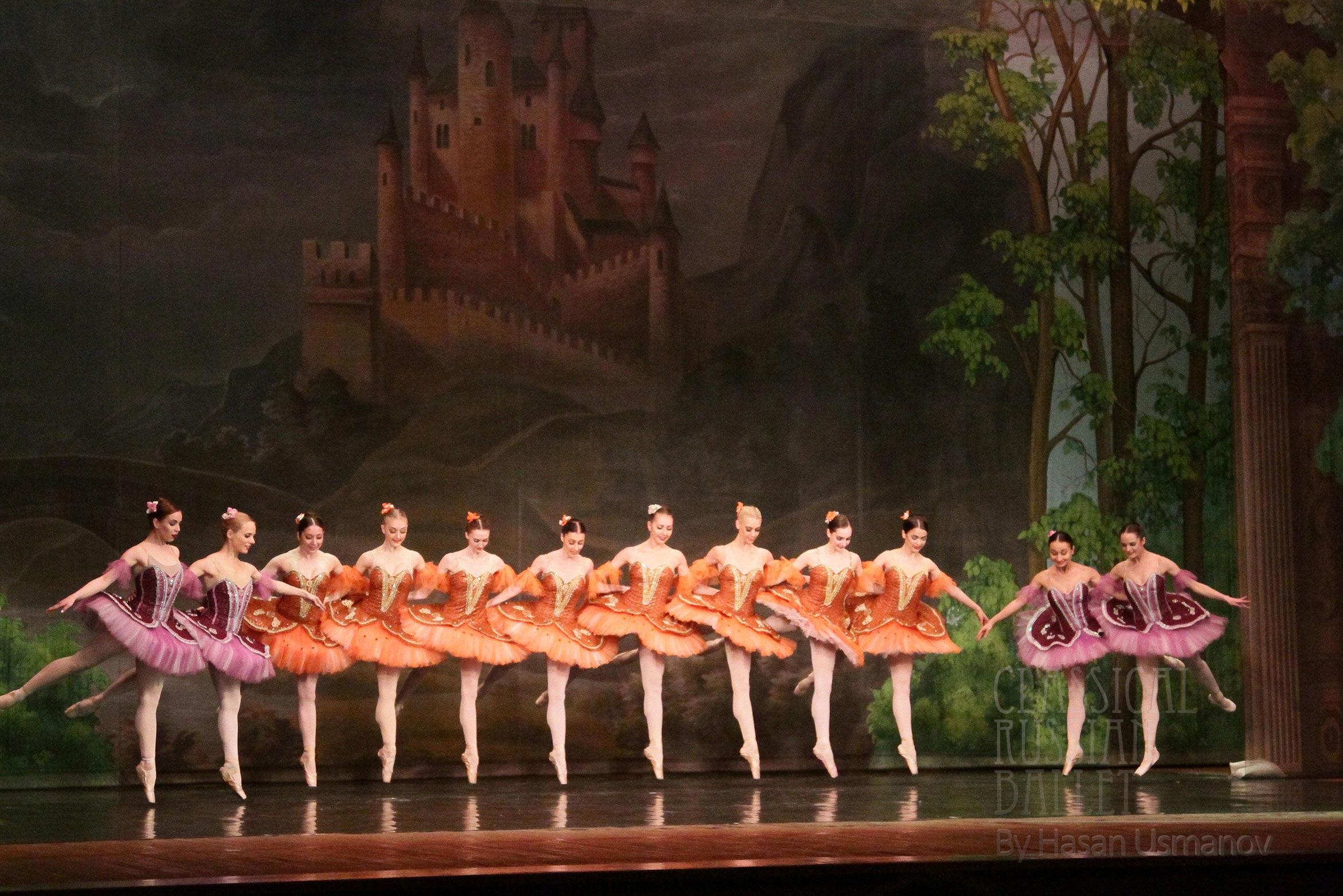 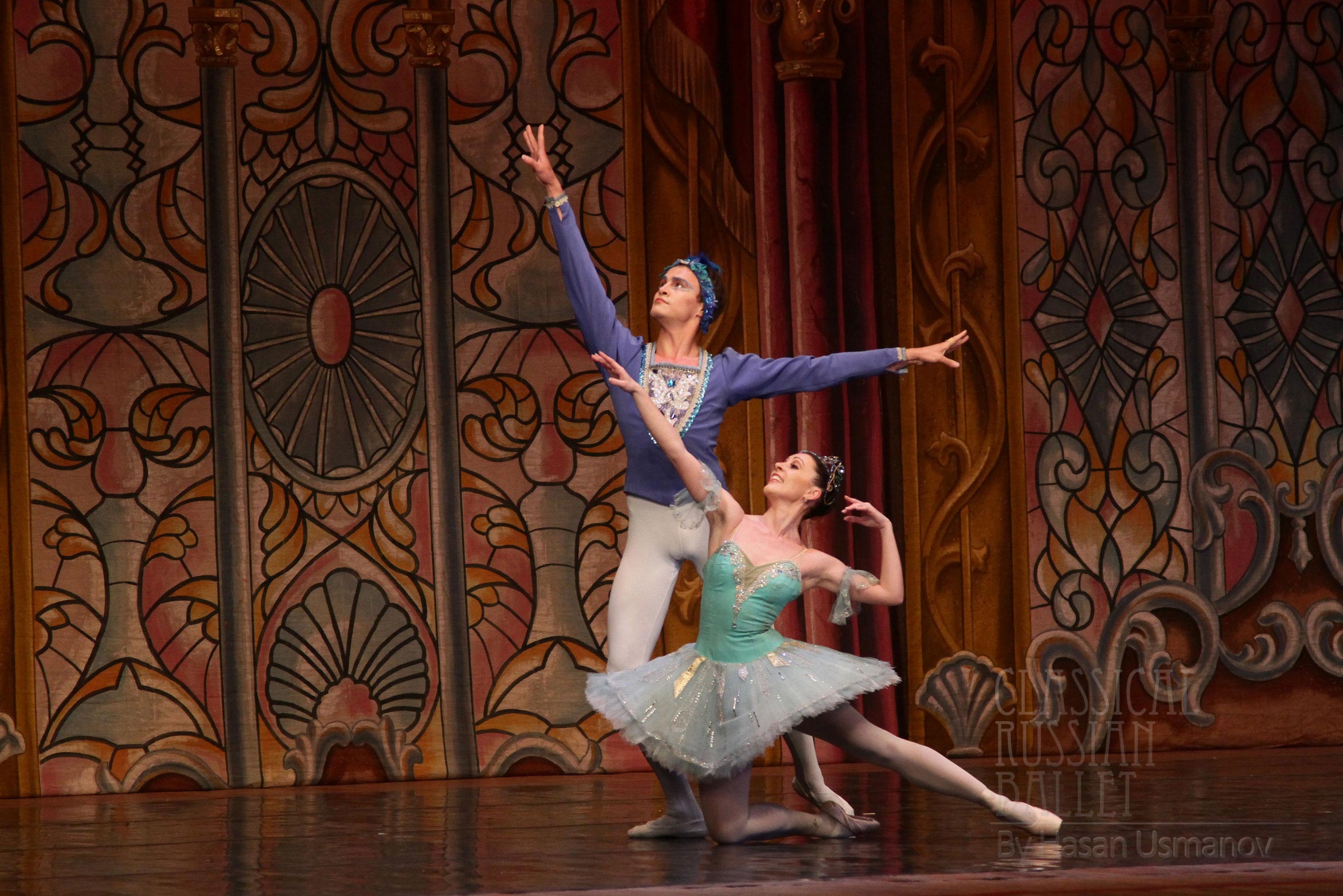 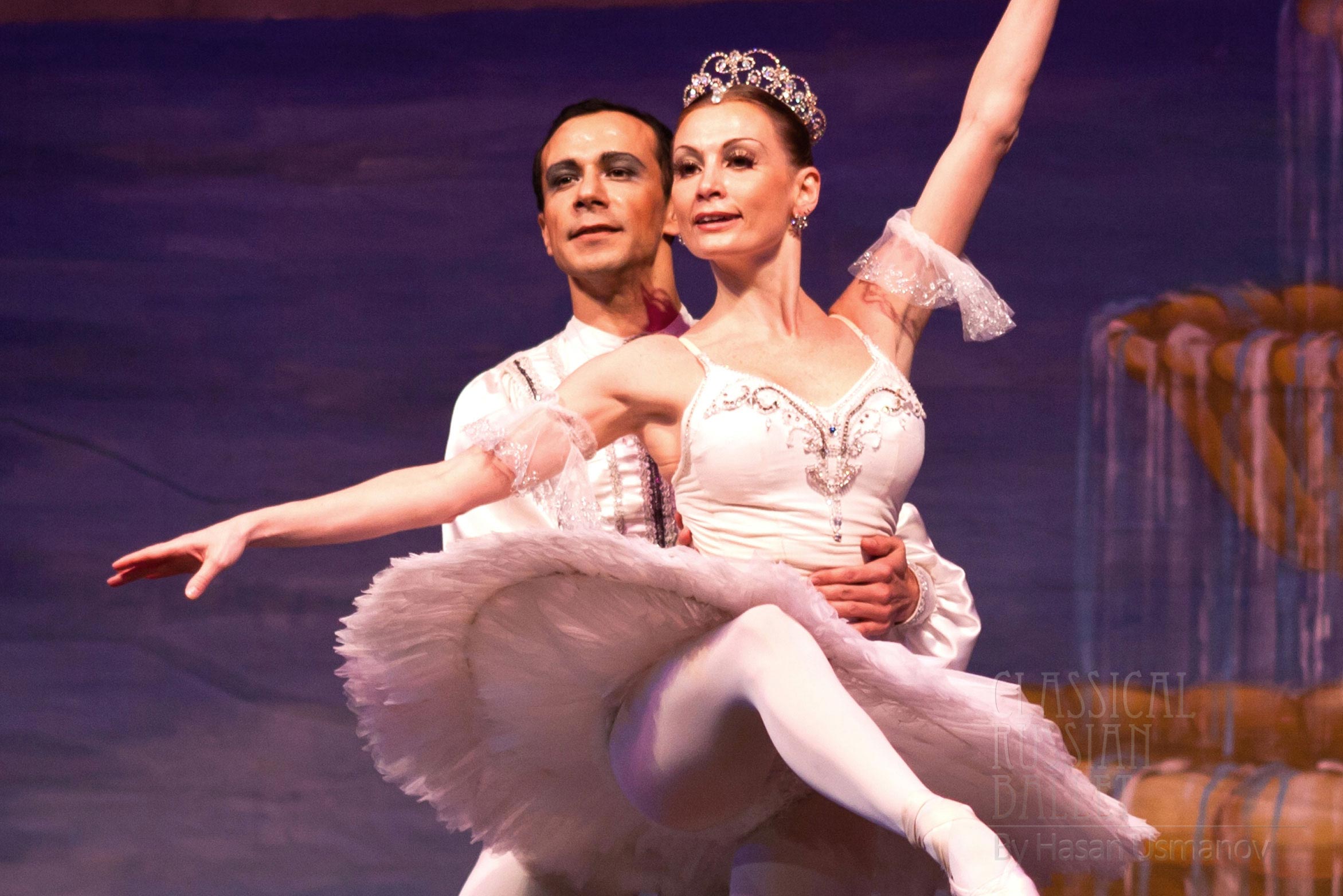 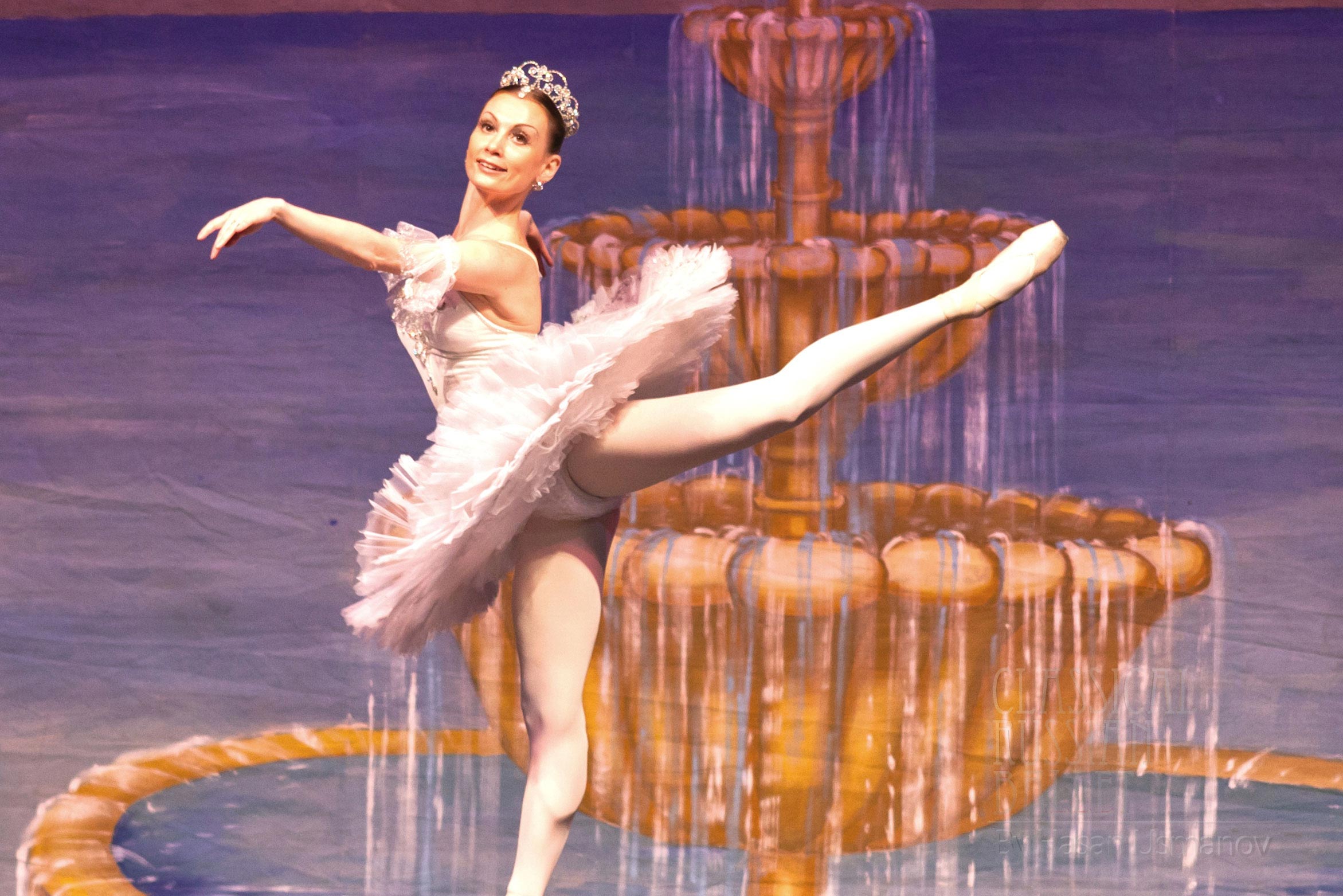