Swan Lake is a unique artistic creation that people can enjoy dozens of times with increasing interest. The genius music by P.I. Tchaikovsky and exquisite and refined dances staged by Marius Petipa and Lev Ivanov express the subtle nuances of human feelings. The role of Odette bewitched by the Evil Magician into the Swan Queen, and her antagonist the Black Swan is a great challenge for every ballerina in the world. The ballet is regarded a lyrical heart-touching love song.

In the forest near old German castle the birthday of Prince Siegfried is being celebrated; today he comes of age. He is congratulated by his mother, the Princess Mother, friends and courtiers. His mother gave him a gift- a crossbow. The last toasts are pronounced in his honor, young girls, his contemporaries, try to attract his attention, but Siegfried is overcome by emotions of a different order. He dreams of a pure, ideal love. The festivities draw to an end, the guests depart, leaving the prince alone with his thoughts in the gathering dusk. Night falls. Siegfried is conscious of the presence of a shadow at his side, it is as if some mysterious force is beckoning to him. It is the Evil Genius, or Fate itself, who has come to reveal some perturbing secrets to the Prince. Submitting to the powerful pull of his invisible companion’s presence and fullof anxious foreboding, Siegfried succumbs to the ideal world of his dreams…

Lured by the Evil Genius Rothbart, Siegfried finds himself on the banks of a mysterious lake. In the shimmering patches of moonlight on the water, visions of bewitched swan maidens rise up before him. Siegfried catches sight of Odette, the most beautiful of the maidens.He is spell-bound, deeply struck by her beauty. He swears to Odette that he will love her foreverand be faithful to her. He invites her to the ball to swear eternal love in front of all the nobles.

Prospective brides-to-be are arriving at the Princess Mother’s castle. The Prince must chose one of them to be his wife. But Siegfried can thinkof nothing but Odette and his meeting of her. He dances in an offhand way with the well-born maidens. Not one of them can compare to his ideal.

Suddenly, a mysterious knight arrives at the ball accompanied by beautiful young girl. It is the Evil Genius Rothbart and Odile, Odette’s double. Struck by their resemblance, Siegfried hurries towards Odile. The Evil Genius is putting the Prince’s sentiments to the test. Siegfried is enchantedby the perfidious Odile who manages to disarm him of all his doubts. He announces Odile to be his chosen bride. At this very moment, the throne room is plungedin darkness and a vision of the beautiful Odette appears before the assembled company. Siegfried realizes that he has become a plaything in the hands of Fate. Hoping to atone for his betrayal, he rushes in despair after the receding image of the white swan.

Night-time. A deep gloom overhangs the lake. Odette brings the tragic news; the Prince has broken his vow of faithfulness to her.Siegfried’s conscience is deeply troubled; he hurries towards Odette begging for her forgiveness. Odette forgives the youth but she is no longer mistress of her own fate.

A storm blows, The Evil Genius and Prince begins their battle, at the very last moment of fite Odette appears and obscures the Prince- the eternal vow of love destroys the forces of evil and the Evil Genius Rothbart dies. Sunrise, Odette has returned to princess, the lovers are now forever together. 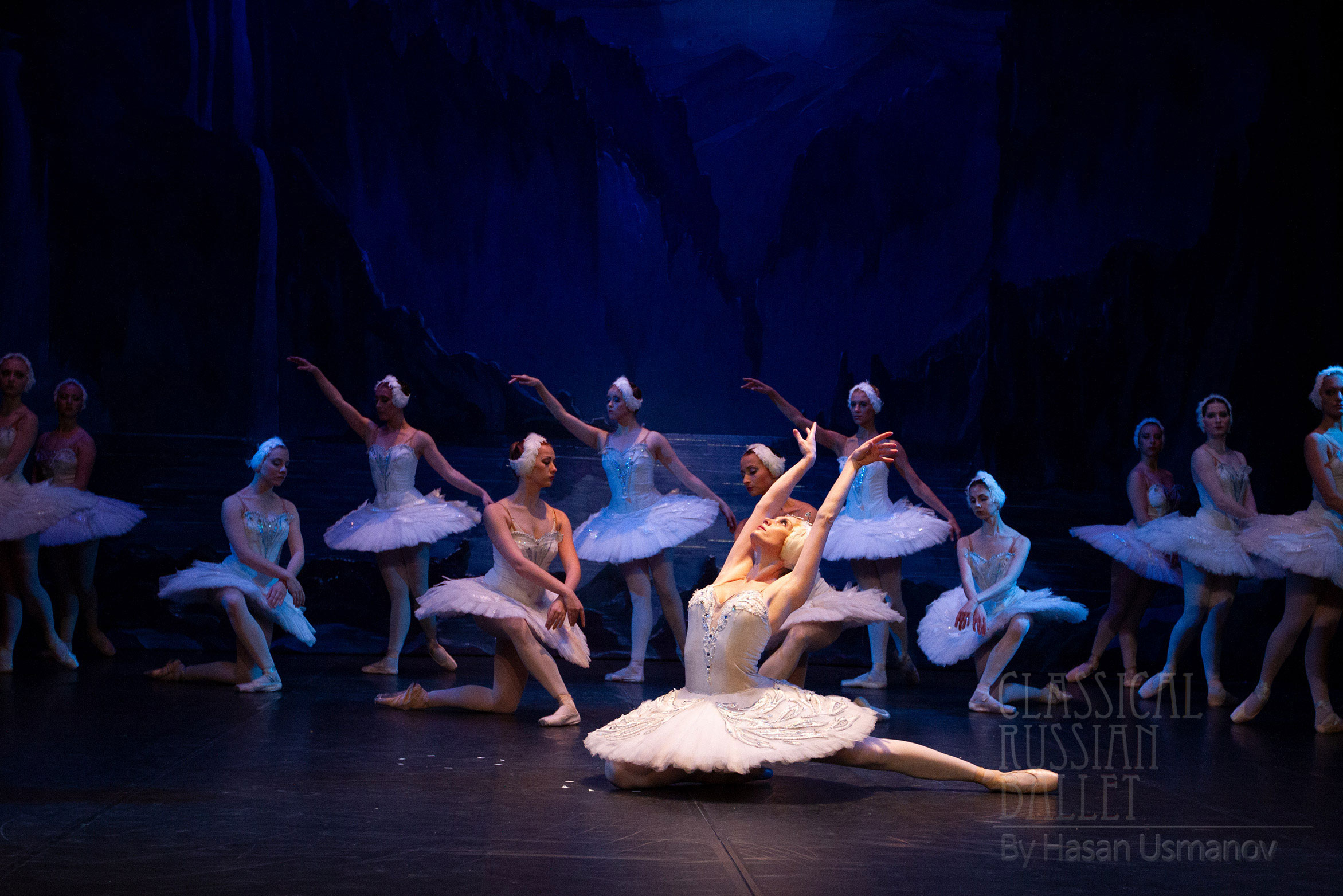 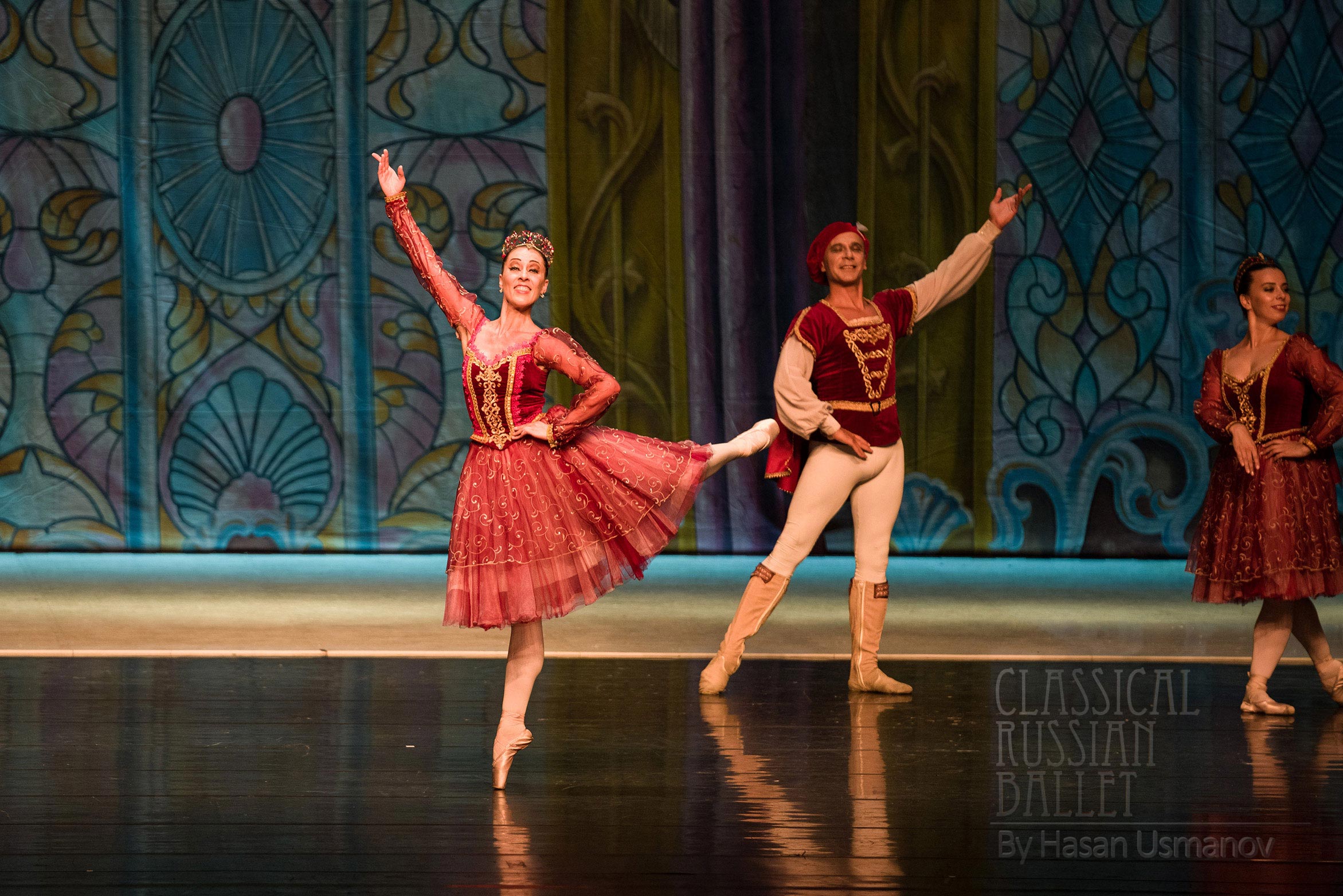 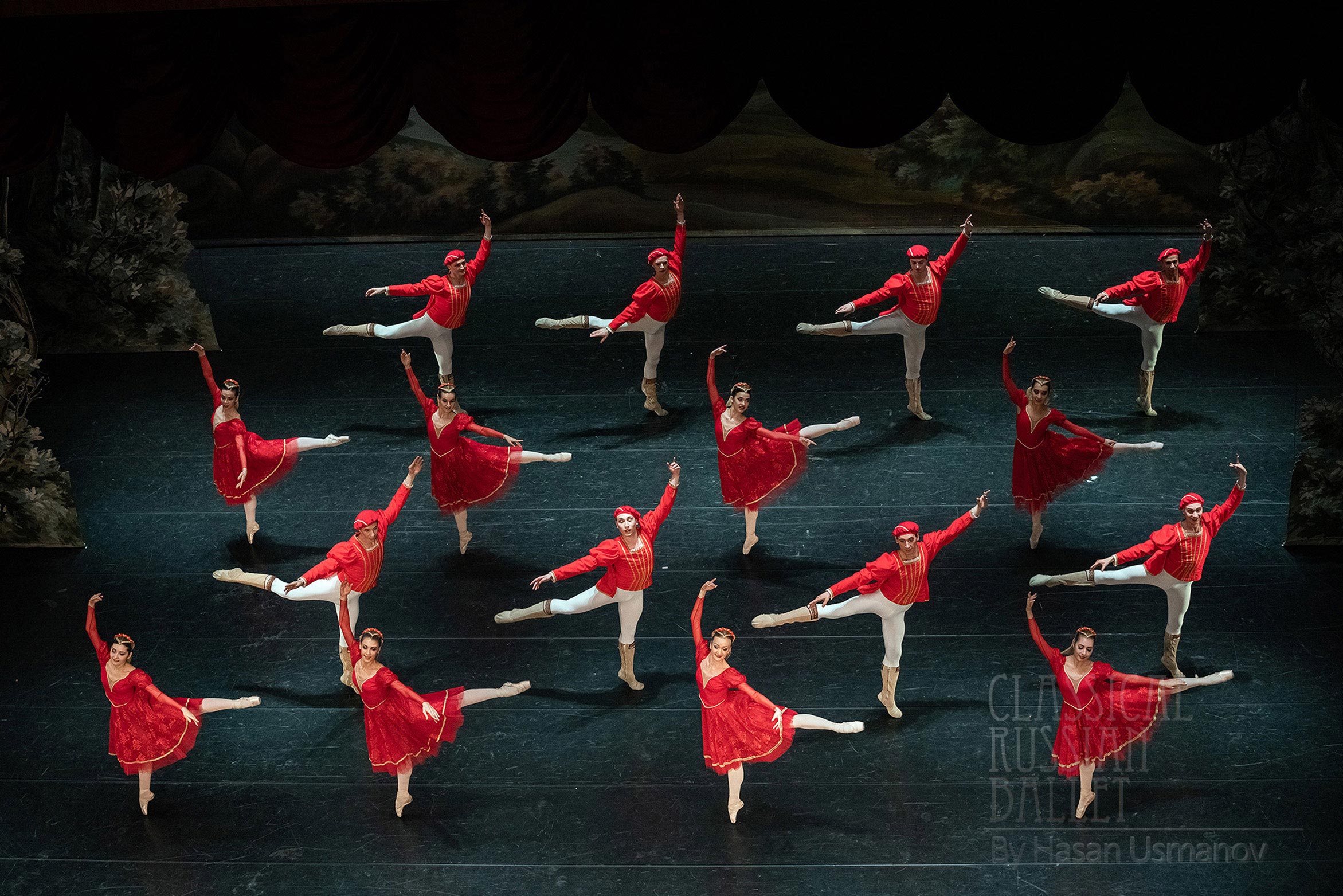 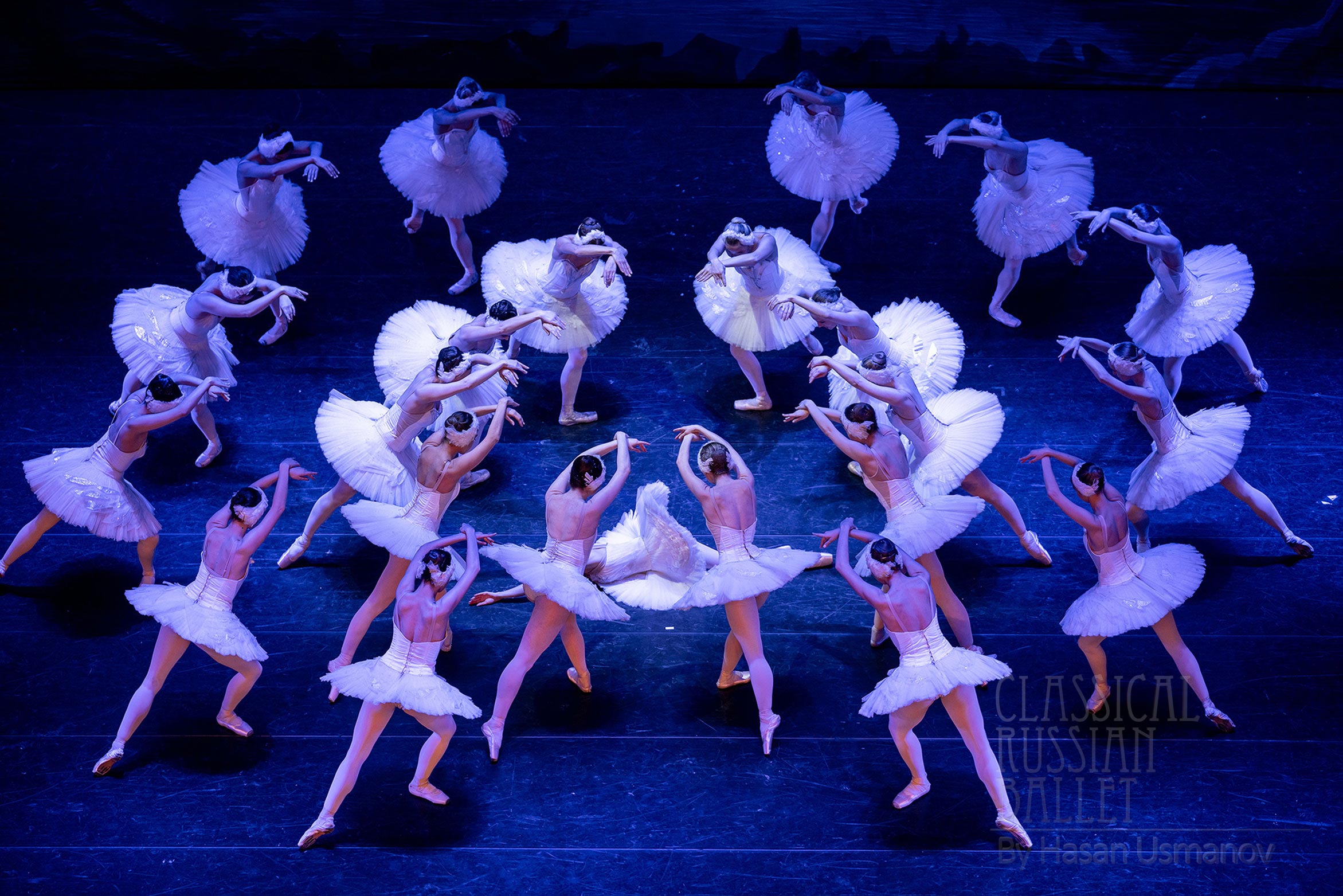 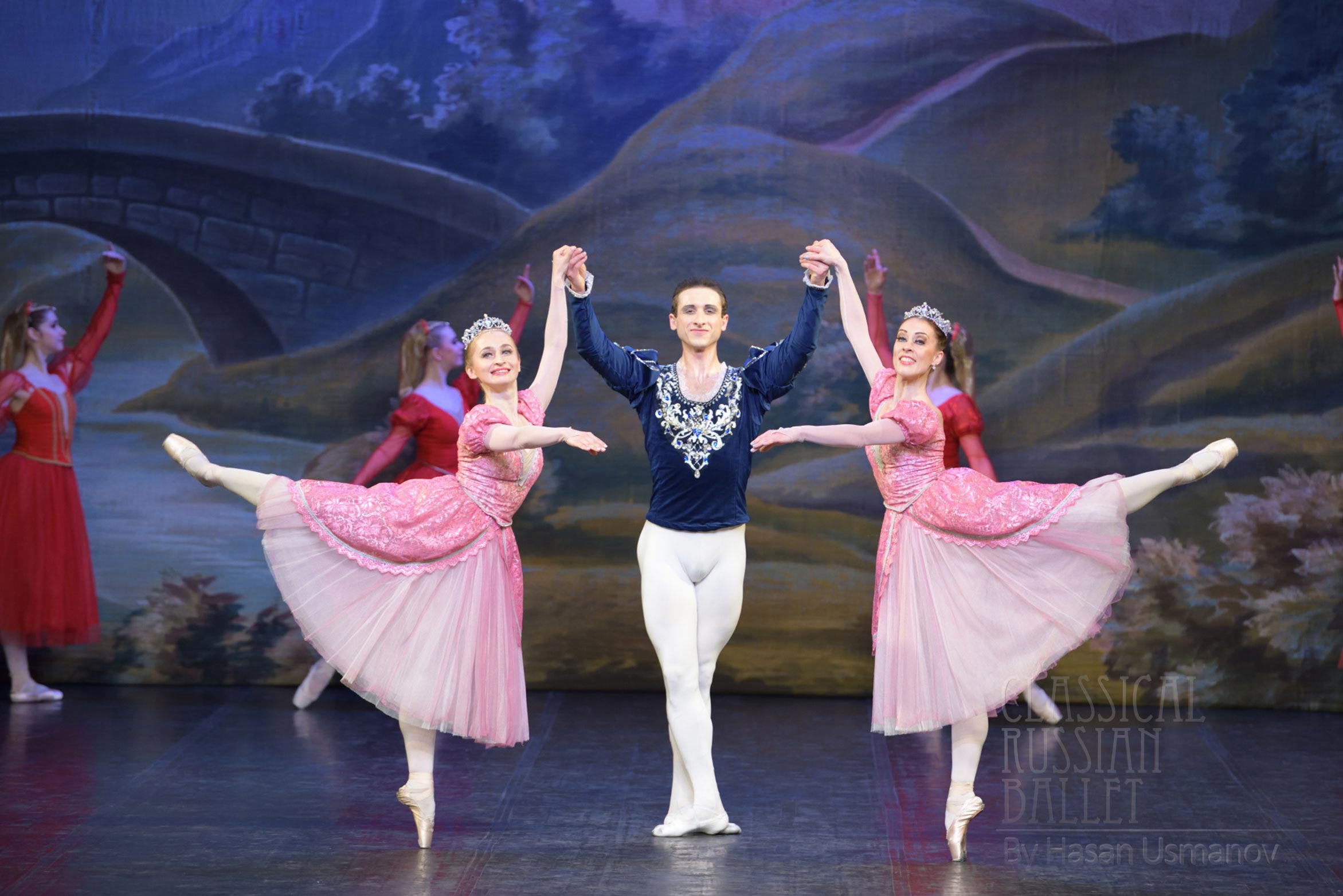 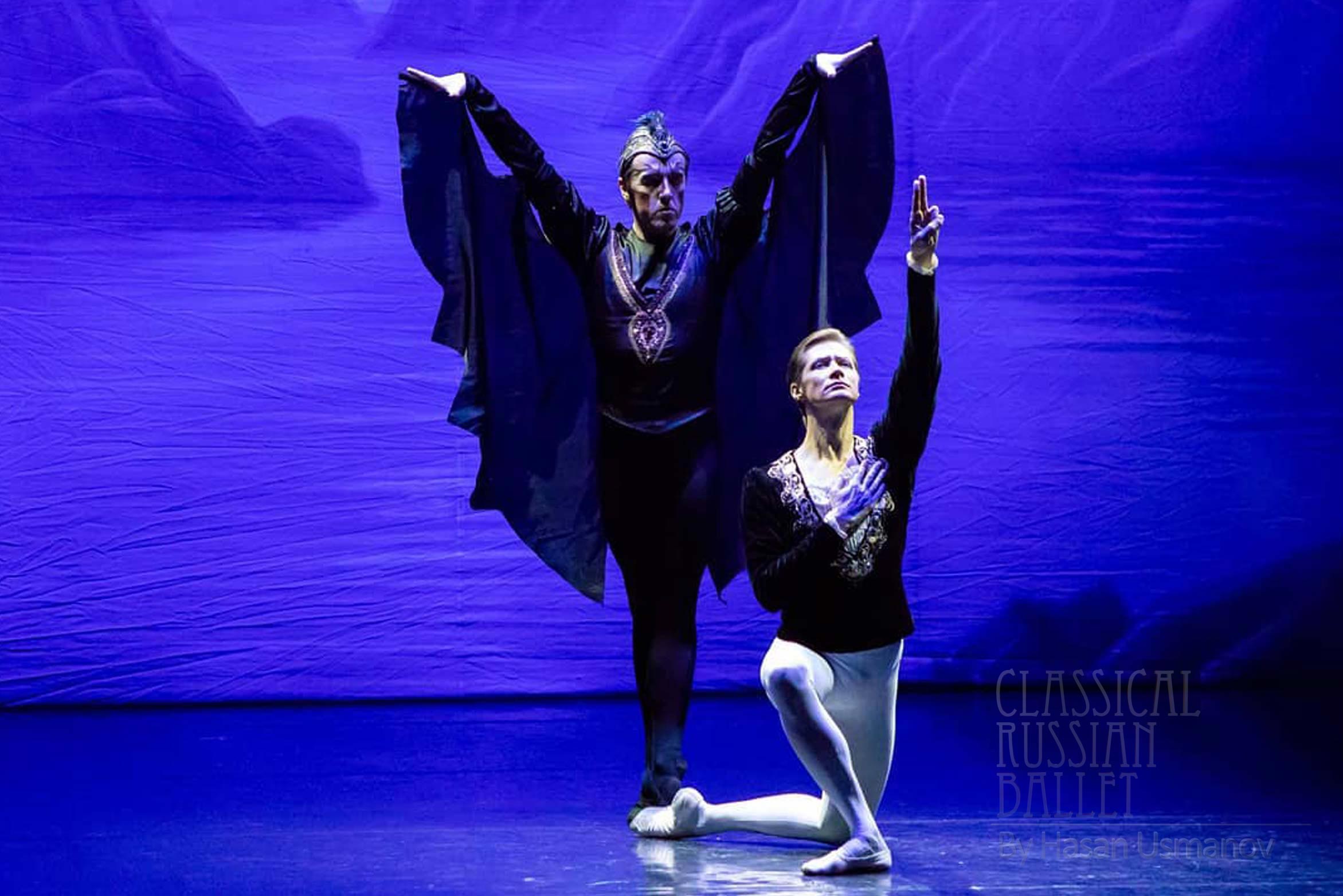 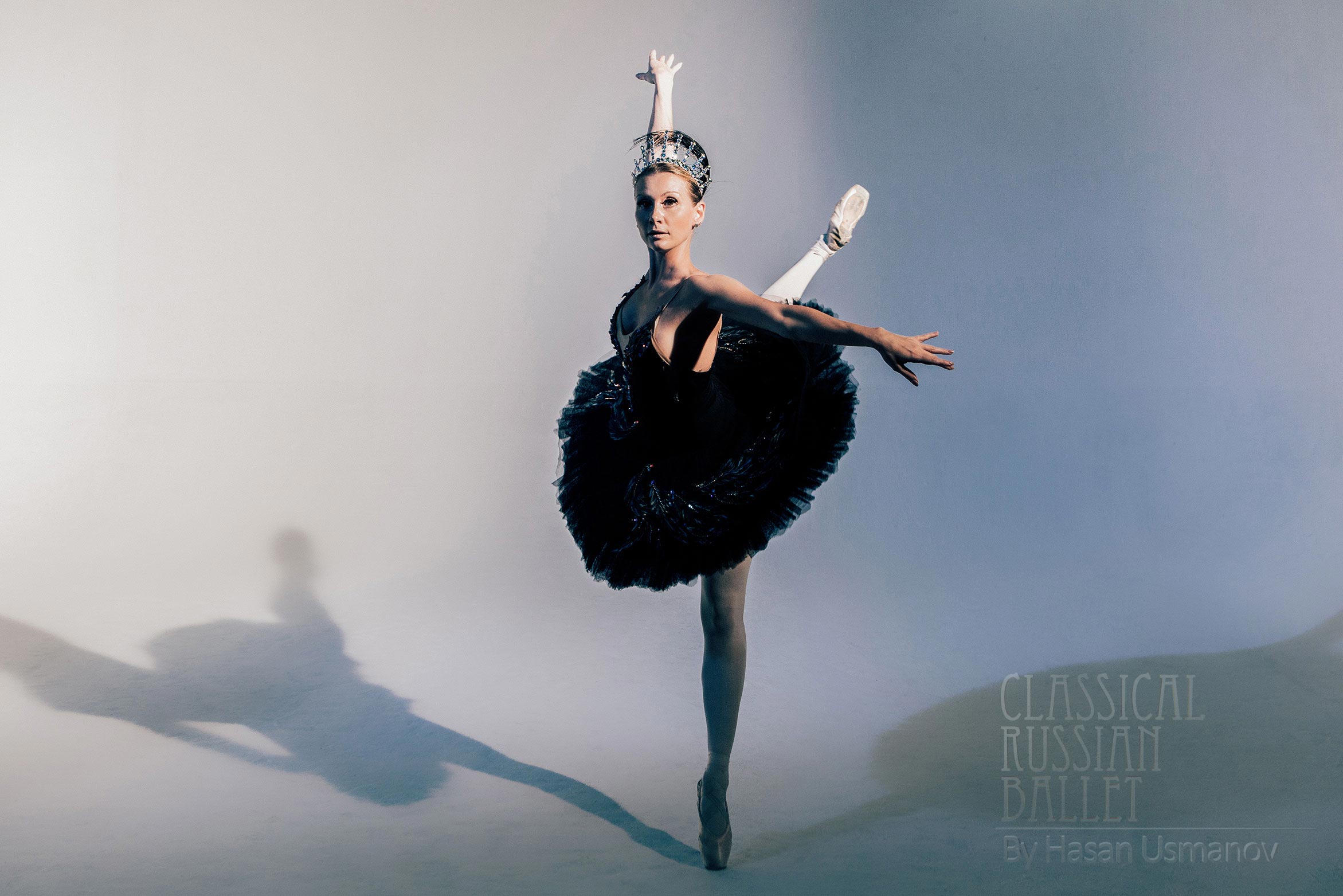 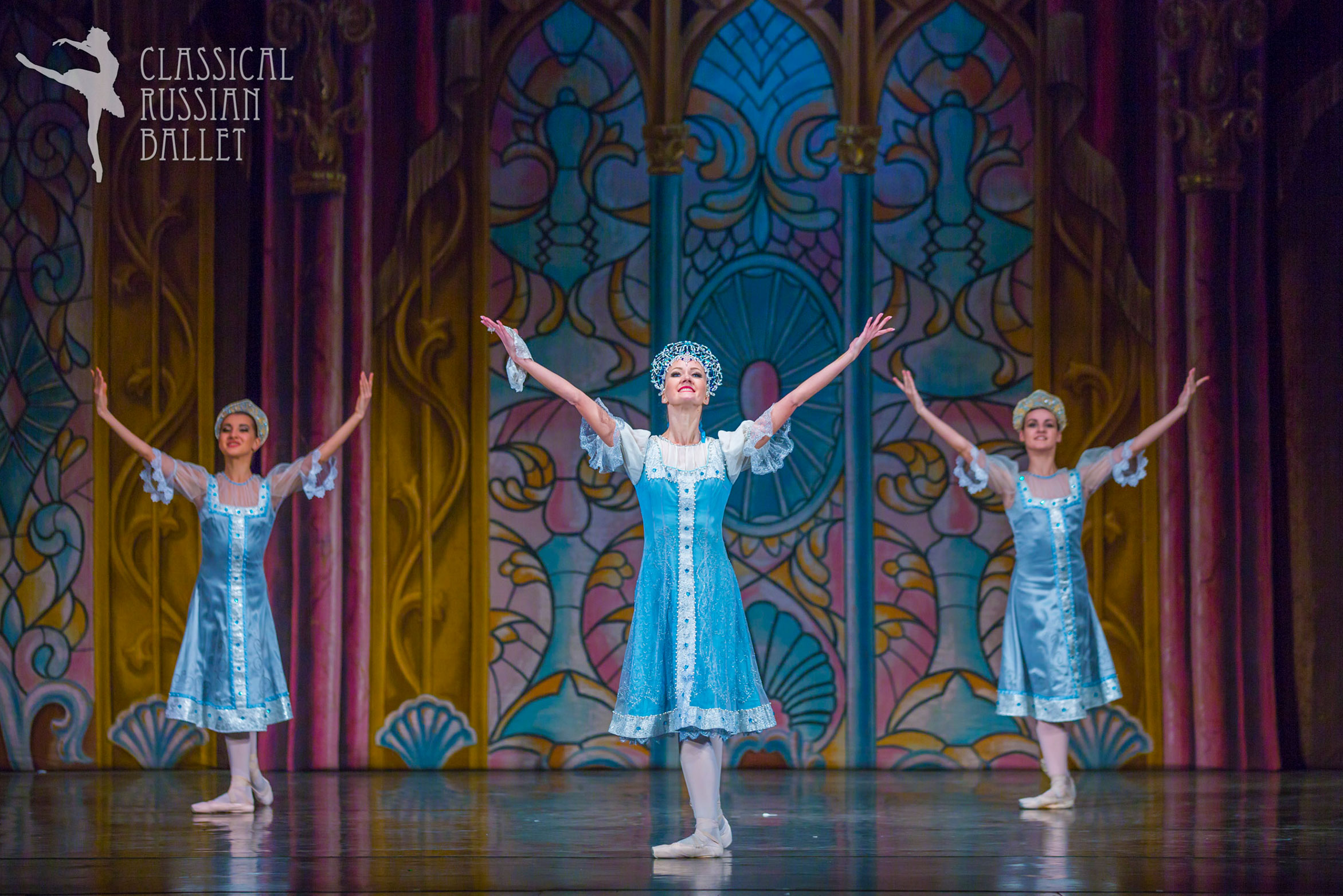 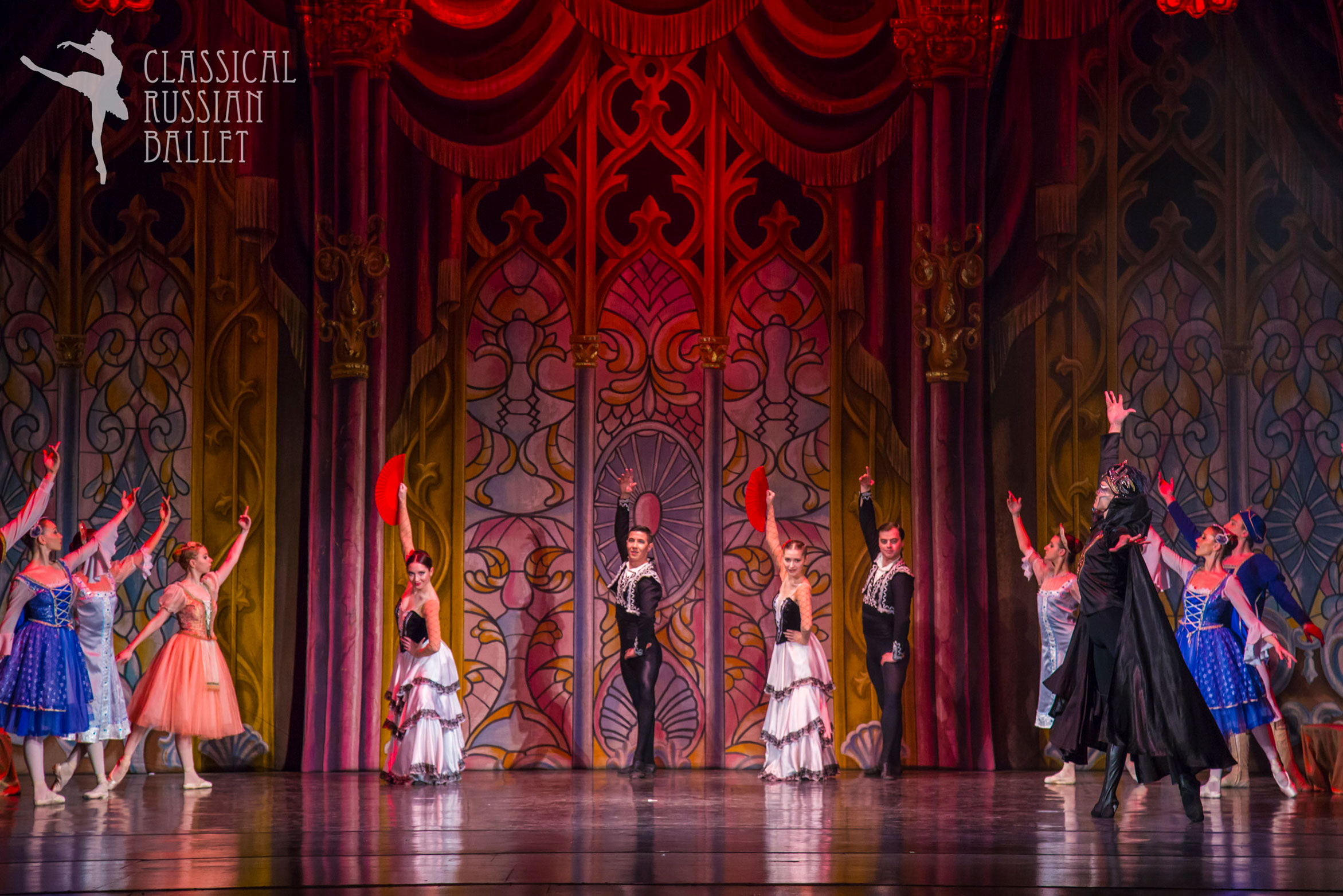 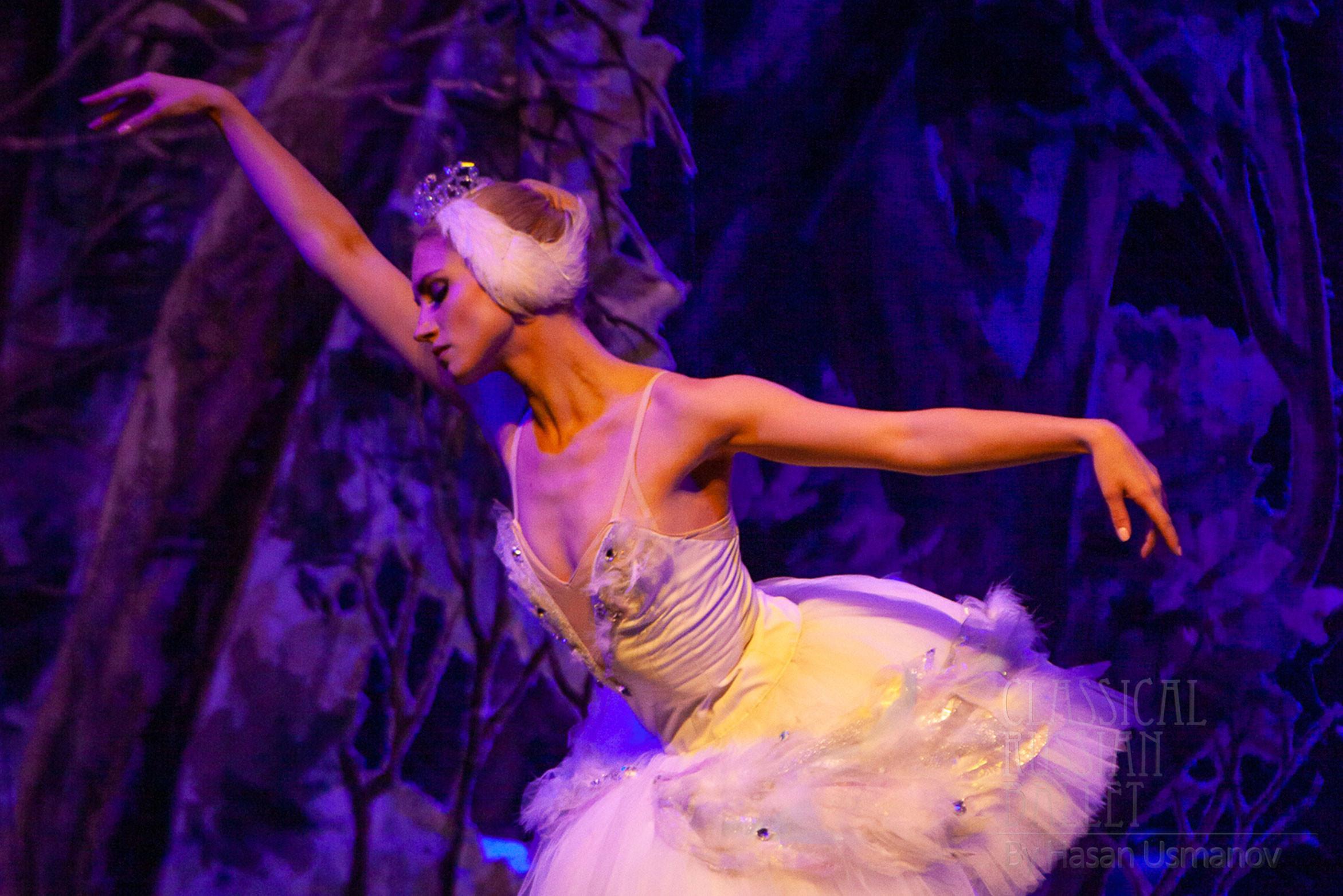 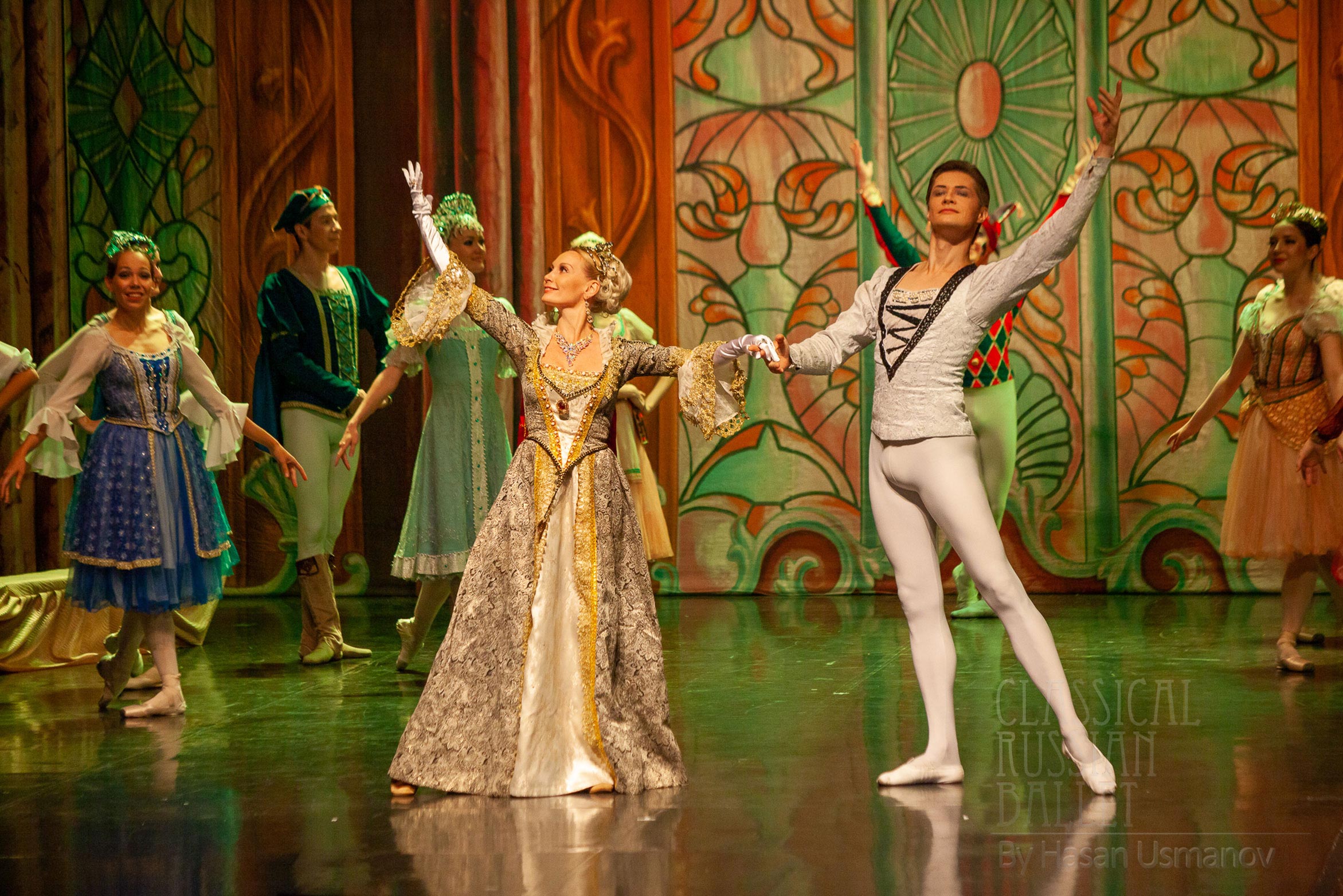 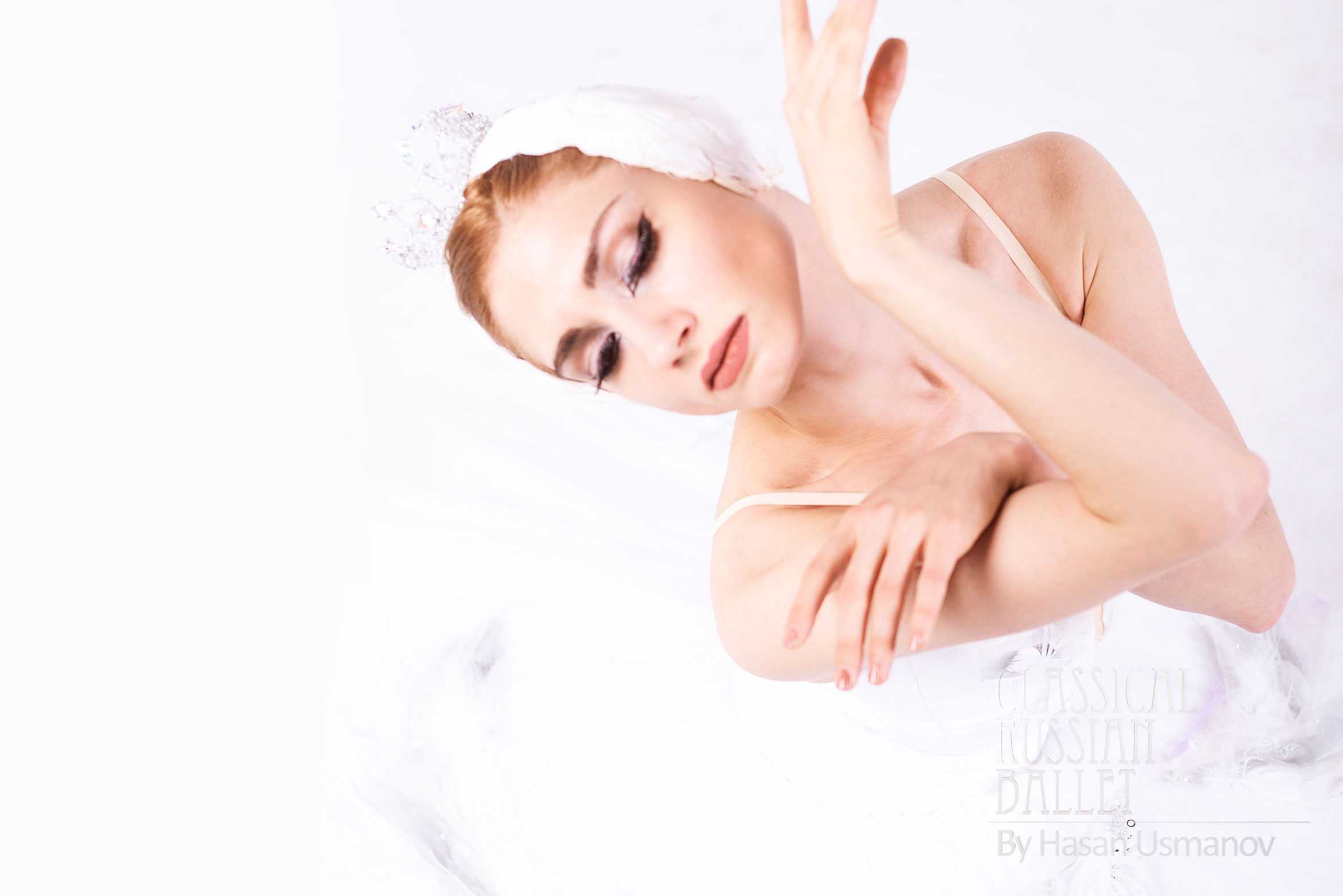