ACT I: A ROOM IN THE HOUSE OF CINDERELLA’S FATHER

The Stepsisters and stepmom are preparing for a dance lesson with the palace dance master. Soon there will be a ball in the Prince’s Palace where he will make a marriage proposal to one of the candidates from all over the Kingdom. Dance master arrives to prepare the Stepsisters for the ball. All but Cinderella leave for the ball. She must prepare the dresses for her stepsisters and stepmother and clean all the house. Cinderella, using her broom as her dance partner, dreams of dancing with a prince at the ball, creating a lovely solo tinged with sadness and humor.

Her dream is interrupted by a Fairy- Godmother. She comes with fairies of the four seasons, their attendants, who bring gifts to reward Cinderella for her kindness and prepare her for the ball. But the magic will disappear at midnight, so Cinderella must leave the ball before the clock strikes twelve.

A HALL AT THE PALACE

Everyone comes to the Ball. The four ambassadors- Spanish, Chinese, Russian and the East, arrived to present the princesses. The Stepmother and Stepsisters arrive, and met the Prince. Mysterious music is heard. Cinderella arrives and is believed to be a princess. Prince and Cinderella, alone, declare their love for each other. A waltz begins. Enthralled, Cinderella forgets the warning. The clock strikes midnight. Cinderella rushes from the palace, losing a slipper. The Prince holds it and vows to find the woman he loves.

ACT II: AFTER THE BALL.

The Fairy Godmother appears and unites the lovers, who live happily ever after. 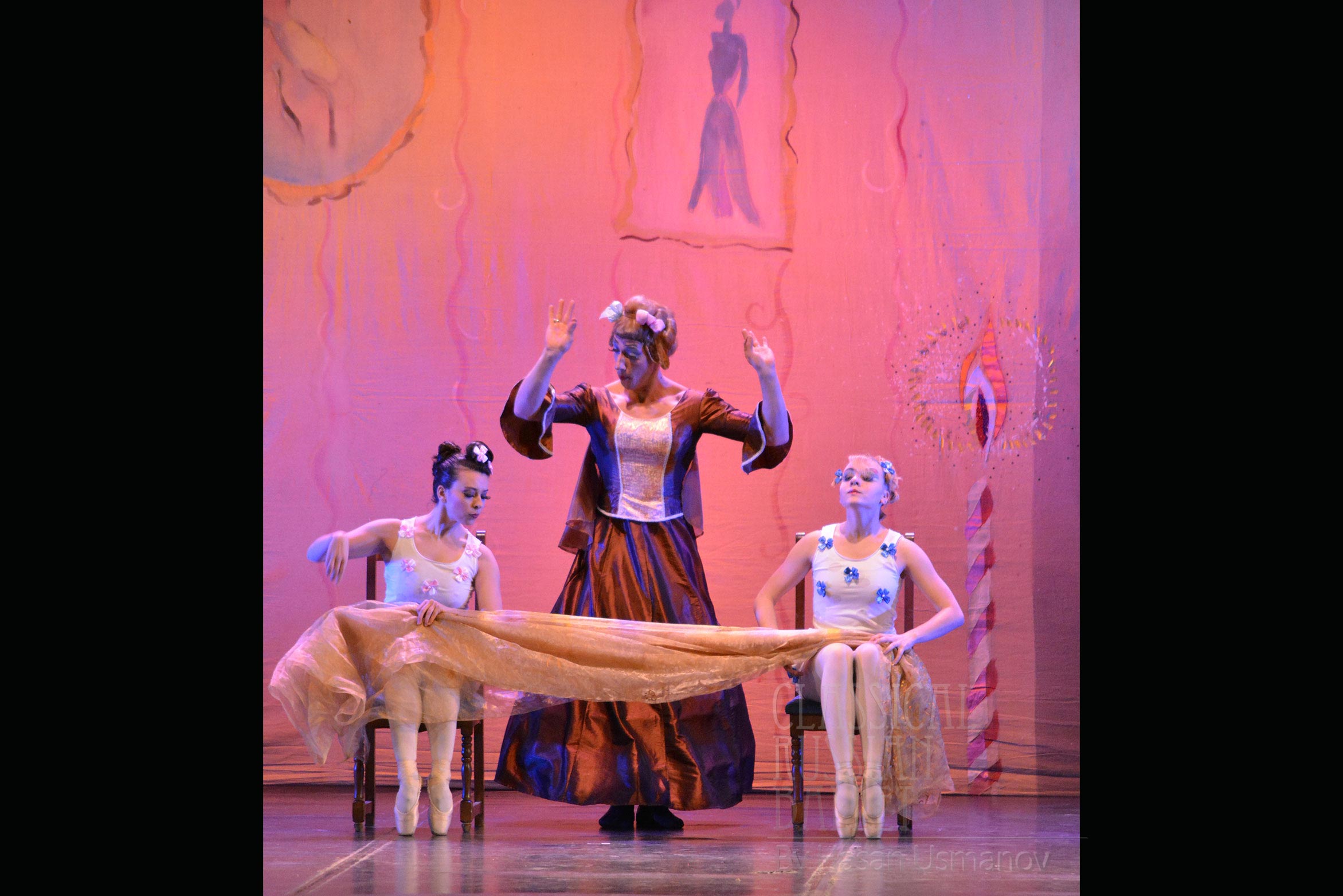 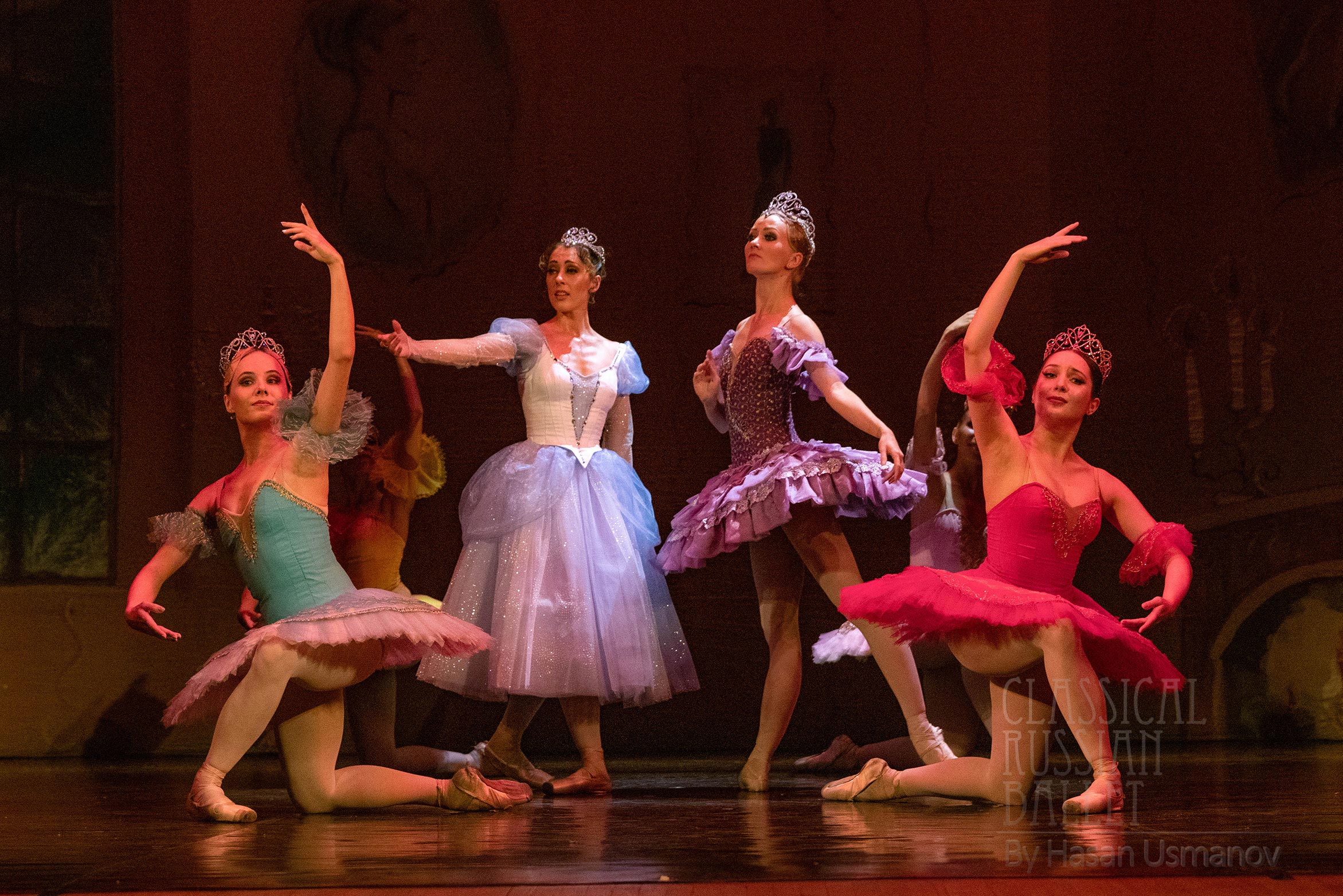 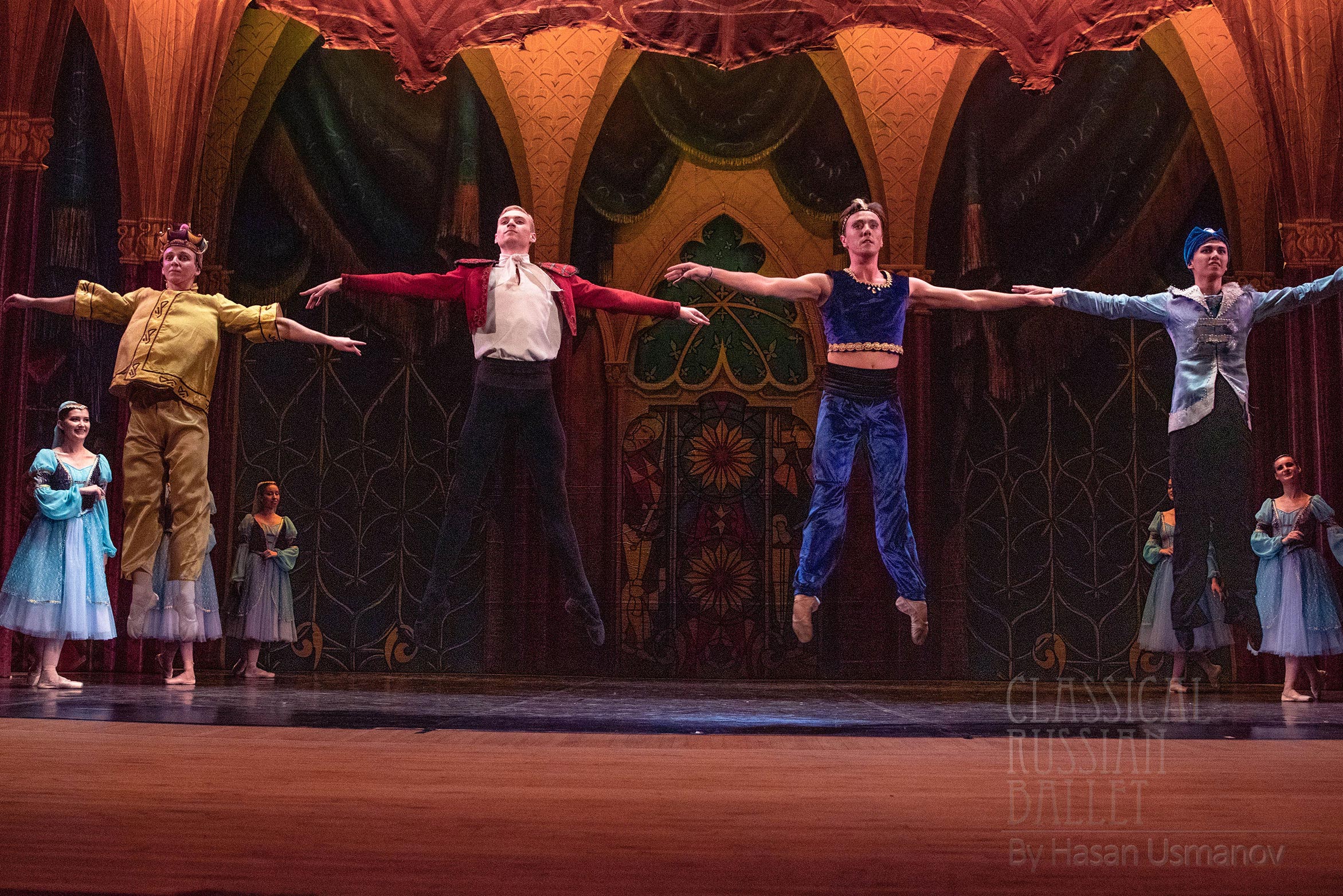 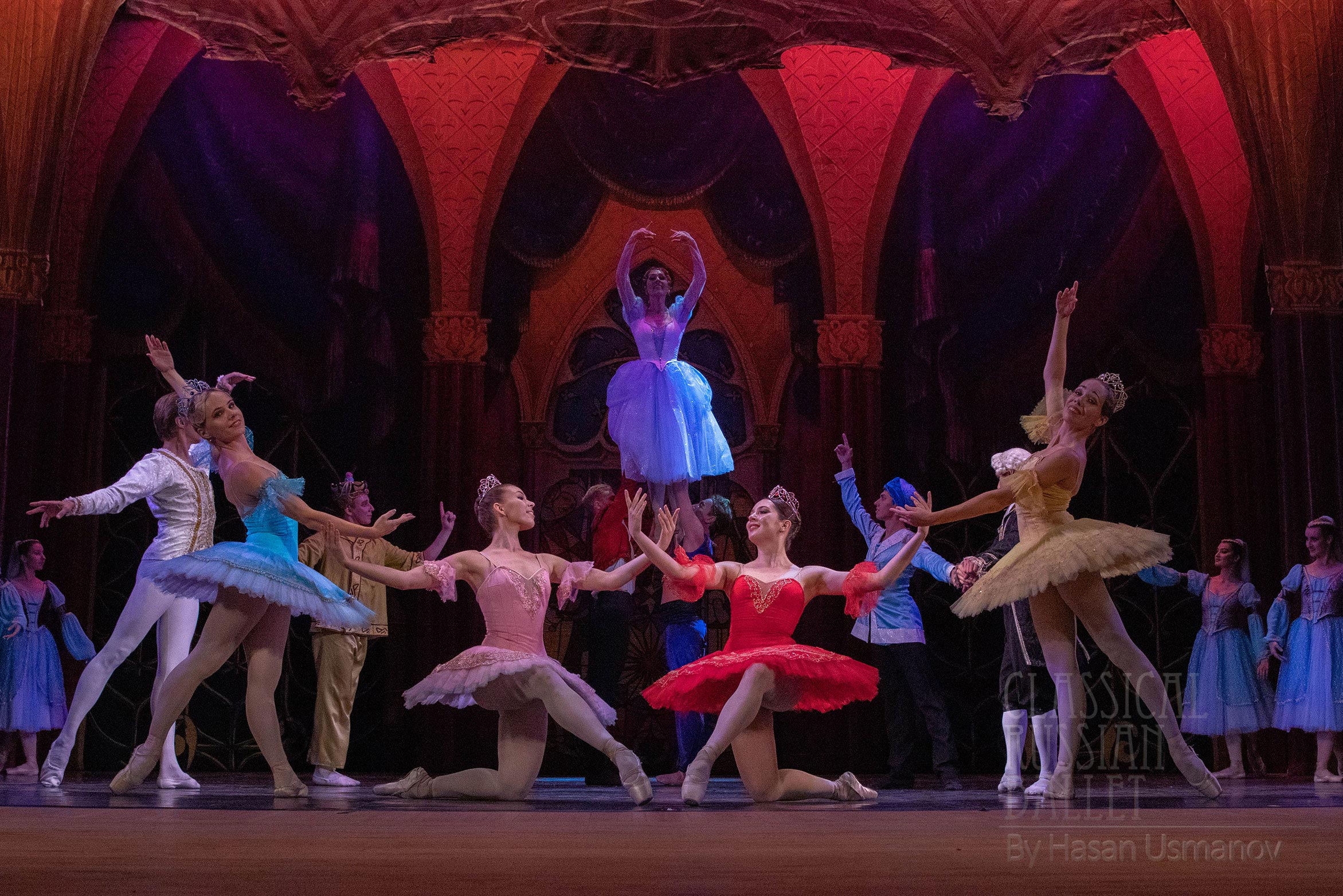 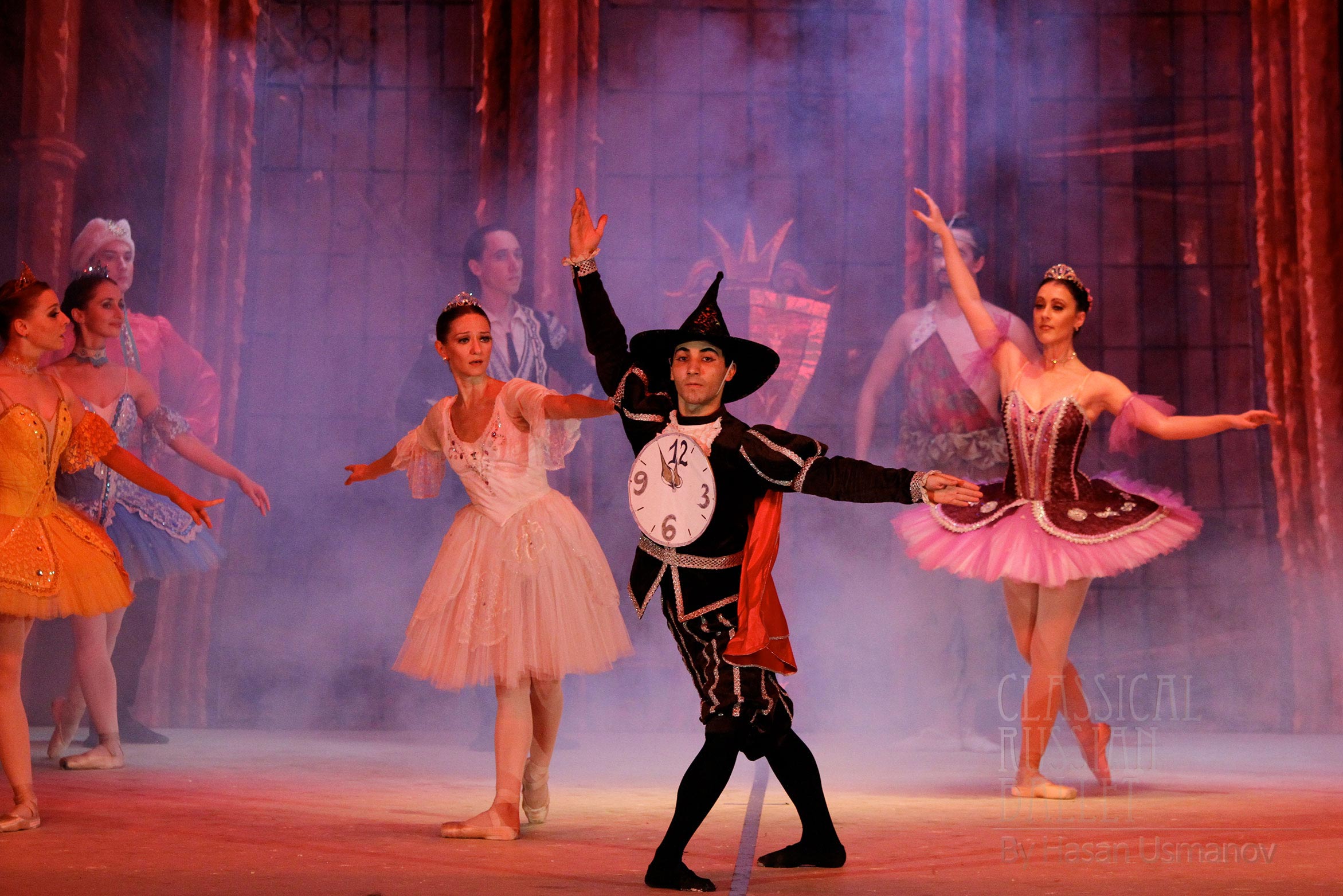 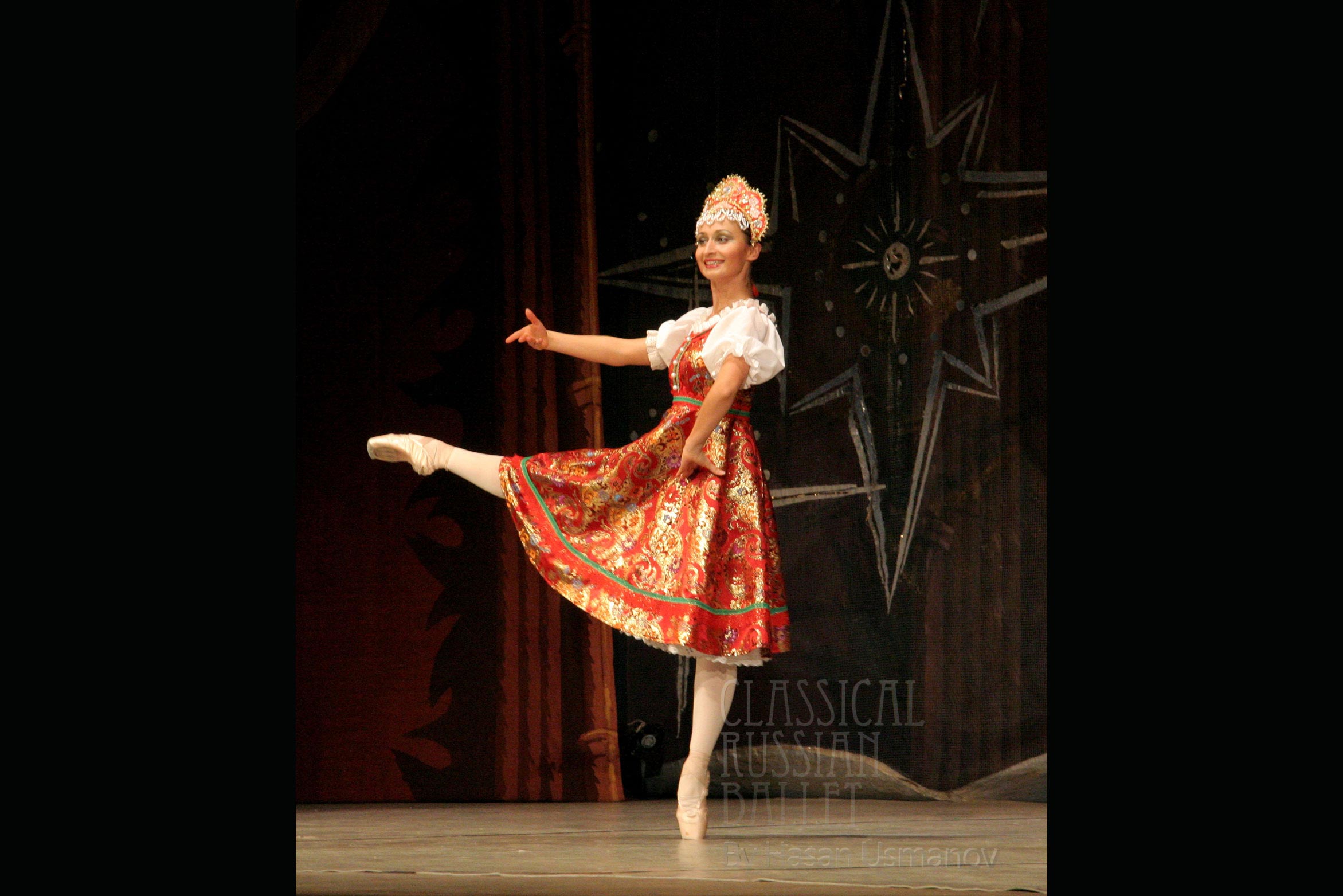